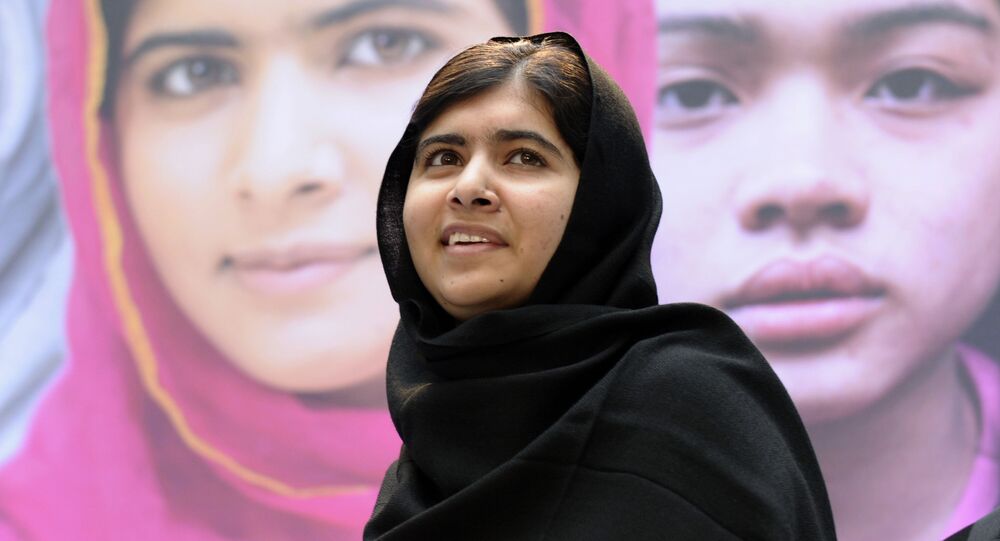 New Delhi (Sputnik): Nobel laureate Malala Yousafzai who had come to represent Pakistan stole the show at the Cricket World Cup 2019 opening ceremony on 29 May at The Mall in front of Buckingham Palace. She was present along with another Pakistani cricketing great, former team captain Azghar Ali.

Malala was treated to a huge contingent of Pakistani cricket fans who had gathered at the venue.

Just got back from the #CWC19 opening ceremony. Can not describe the feeling i felt when they said "representing Pakistan, is Nobel Peace Prize winner Malala Yousafzai"… i had goosebumps.. everyone cheered for her! Oh and we beat India in the 60 second cricket challenge 😆

The champion for women's rights even played cricket at the opening ceremony in the 60-second Challenge matches between teams from the participant nations.

The Nobel laureate paid tribute to the Pakistani women's cricket team during the opening ceremony.

Thank you @Malala Yusafzai for paying tribute to our women cricket team including incredible @mir_sana05 in the opening ceremony of cricket world cup tonight #CWC2019. What a proud moment to see you represent #Pakistan along with @AzharAli_ @TheRealPCB. @barribaat #cricket pic.twitter.com/BqK4pdkWvf

The 2014 Nobel Peace Prize winner, social activist Malala Yousafzai has been championing the cause of education among girls. She is also a strong advocate for women's sports, especially Pakistan's women's cricket team. The Women Cricket World 2014 was named after Malala in tribute to her activism.

Malala was seen posing with Indian representative actor Farhan Akhtar at the function.

The pride of Pakistan #MalalaYousafzai Yes she is he🌹🌸 pic.twitter.com/aiJfqQiI0C