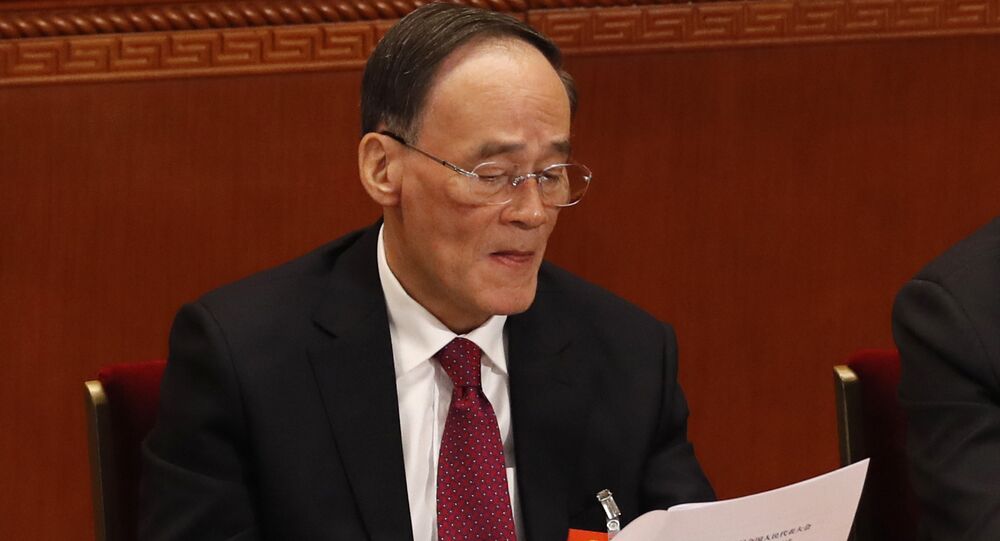 The main topics of Chinese Vice President Wang Qishan's official visit to Pakistan were the development of the China-Pakistan Economic Corridor, CPEC. The three-day visit ended on 28 May, two days of which the Chinese top official stayed in Lahore.

Wang Qishan visited the Haier-Ruba Economic Zone in Lahore, where he inspected new products of the Chinese company Haier. The Chinese official commended the activities of the zone. Chief Minister of Punjab Sardar Usman Buzdar acknowledged with appreciation the Chinese investments in the industrial sector of the state, noting that Chinese investors would be provided with all types of services in Punjab.

The creation of economic zones along the Chinese Economic Corridor (CPEC) is the second stage in the development of this project. Up to 10 such zones are planned to be created. The visit of Wang Qishan to Pakistan will have a stimulating effect on their creation, as well as on the development of interstate relations as a whole, Professor Du Youkang, director of the Pakistan Study Centre at Fudan University in Shanghai, told Sputnik:

"This visit was very necessary. Wang Qishan became one of the leading figures of the Chinese state to visit Pakistan under the new government. Prior to this, Pakistan's prime minister has been to China twice. High-level exchanges are important for promoting China-Pakistan relations…The China-Pakistan Economic Corridor is under construction. Additionally, it has entered a new stage of development. The new government of Pakistan has firmly supported the construction of the CPEC. China hopes that the Pakistani authorities will further ensure the safe development and security of this project. Under the new government, some adjustments were made to the project. China and Pakistan have already held discussions on the issue and the visit of Wang Qishan should have addressed this aspect. For instance, the focus of construction is on a number of social issues that are troubling the Pakistani side, as well as the problems of introducing concrete objects into life. In accordance with the needs of the government and the people of Pakistan, the Chinese side is also making some adjustments that meet their requirements", the Chinese expert explained.

Natalia Zamaraeva, a distinguished specialist on Pakistan at the Institute of Oriental Studies of the Russian Academy of Sciences, for her part, noted to Sputnik that Wang Qishan arrived in Pakistan shortly after the terrorist attack at a luxury hotel in Gwadar, where Chinese diplomats and businessmen stay. Earlier, Baloch militants attacked the Chinese consulate in Karachi. The growing threat of terrorism in the region, and in Pakistan in particular, and the role of the Afghan factor in China-Pakistan relations became one of the important topics during Wang Qishan's talks in Islamabad:

"First of all, the parties agreed to increase the number of units of federal troops and law enforcement forces of Pakistan to protect the facilities in which Chinese specialists are working. In general, the protection of facilities in Balochistan is increasing, where the China-Pakistan Economic Corridor actually originates from. There, they are likely to begin the construction of roads and communications that will go through the territory of Balochistan to Gwadar. The parties also agreed on the development of military-technical cooperation, on strengthening the protection of the Pakistan-Afghanistan border in its eastern part, where a small segment of the Afghan-Chinese border is located. Pakistan has a certain influence on the forces that are in Afghanistan. Those are the militant groups that were previously located in Pakistan. They went to Afghanistan, but they are not opposed to the federal government of Pakistan. It is on them that Islamabad and, accordingly, China are placing stakes in a settlement. Sooner or later, they will be in power in Afghanistan. They are expected to be loyal to both Pakistan and China because the third stage in the development of the CPEC is directly tied to engaging Afghanistan in cooperation and developing trade routes to Central Asia".

Regional tensions in connection with US sanctions against Iran and a total embargo on imports of Iranian oil were also discussed in Islamabad. According to the expert, there was also an exchange of views on the upcoming consideration in June at the UN of the matter of including Pakistan in the list of states supporting terrorism. China, in principle, is against such an approach to the issue, highly appreciating the contribution of its Pakistani partners to the fight against the terrorist threat, the expert said.

China is concerned about the potential presence of Saudi Arabia in Gwadar, said Natalia Zamaraeva. The Saudis need to build an oil refinery there. Previously, they hired US companies to organise the transportation of crude oil to the interior of Pakistan, the expert explained. China is seeking clarification from the Pakistani side on the future role of these companies in the new Pakistan-Saudi Arabia project, which could become part of the economic corridor.

READ MORE: Analyst: CPEC a Debt Reliever, Not a 'Debt Trap' for Pakistan

The visit of the Chinese top official resonated in the Indian press. The New Indian Express, in particular, pointed out in a report from Islamabad that the visit underlines the viability of the time-tested all-weather relations between China and Pakistan. The visit would enhance the strength of bilateral ties and give new impetus to multifaceted cooperation. This visit is a continuation of high-level exchanges that have gained increased momentum since Prime Minister Imran Khan's visit to China in November last year and his participation in the Second Belt and Road Forum in Beijing in April, the Indian edition noted.