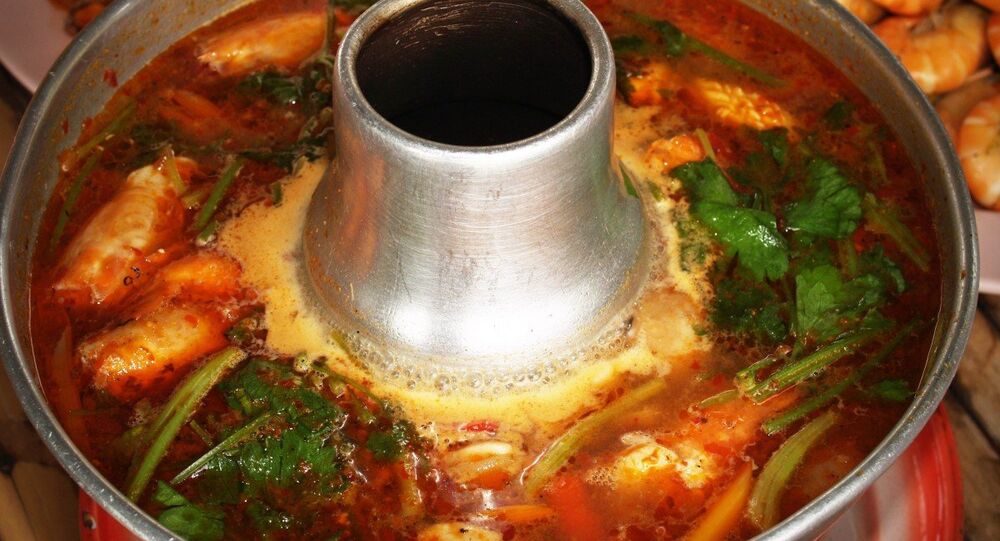 According to Thailand's Culture Minister Vira Rojpojchanarat, the decision was approved at Tuesday's meeting of the Ministry of Culture's committee on cultural heritage protection and promotion.

The government of Thailand is seeking to have the tom yum kung spicy soup with shrimp listed by the United Nations Educational, Scientific and Cultural Organisation (UNESCO) as part of the country's cultural heritage, the Bangkok Post reported, citing Thailand's culture ministry.

Now a public hearing should be held for parties dealing with the issue, including educational institutes offering cooking classes as well as associations of Thai food operators to gather as much information as possible about the country's traditional tom yum kung soup, the culture minister said. He added that this information will be submitted to UNESCO by 31 March next year.

Along with fried noodles (phat thai kung sot) which also has shrimp among its ingredients, tom yum kung soup is the most popular Thai dish in the world.

The term tom yum consists of tom, a Thai verb for boil, and yum, which is a Thai noun meaning spicy salad. Kung is a Thai word referring to shrimp.

Tom yum can be made with chicken, with a mix of seafood, or with fish. More rarely, it is made with beef or pork.

There are two main types of tom yum: one with a clear broth, and the other with added cocoa milk. The latter is considered less healthy since the cocoa milk can cause obesity.