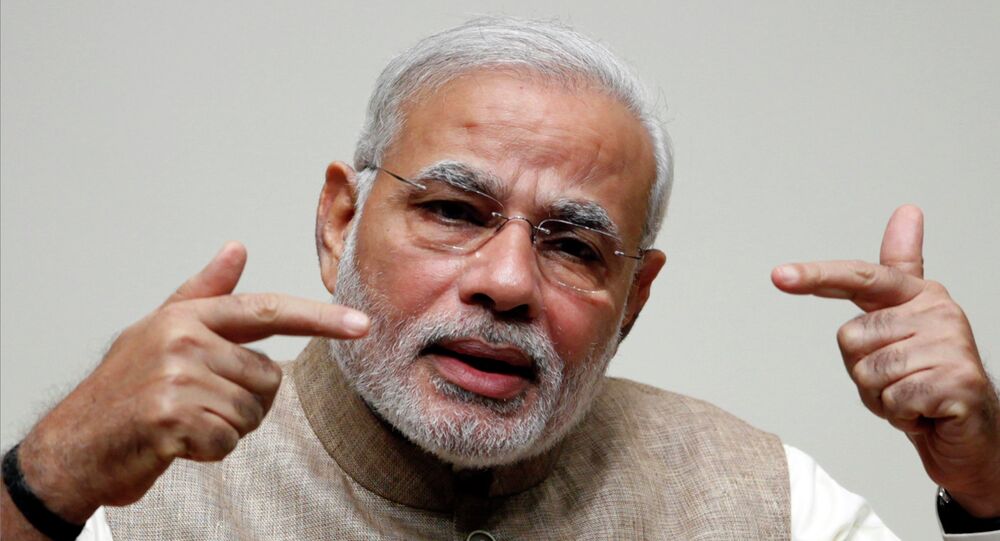 Twitter had a field day trolling a Pakistani news channel which thought the Indian prime minister’s mentioning of “Abhinandan” in a speech was actually a reference to recently released Indian pilot Wing Commander Abhinandan, who was caught by Pakistan following a dogfight in February.

New Delhi (Sputnik): Netizens have been mocking a Pakistani news channel after their news anchor misconstrued Indian Prime Minister Narendra Modi's use of the word "Abhinandan" as a reference to the Indian pilot, with the same name, who was captured and then released in the Indo-Pak dogfight.

Modi on 25 May delivered a speech to victorious parliamentarians in which he happened to use the word "Abhinandan", meaning congratulations.

© CC0
Indian Pilot Unit Linked to Indo-Pak Dogfight Now Known as 'Falcon Slayers'
It was used by Modi in acclamation of his party and alliance partners.

In an apparent bid to poke fun at him, the Pakistani news anchor made a passing comment on how the Indian prime minister is still not over the dogfight yet.

Social media, however, looked in no mood to let it go and soon started trolling the news channel and their anchor.

If nothing else, look at the context of Modi's speech. Sensationalise karne k liyay bhi aqal chaiye.. 🙆🏻‍♀️pic.twitter.com/pgwcpOucla

​The 27 February dogfight was an escalation following the 14 February Pulwama terror attack in Jammu and Kashmir, carried out by the Pakistan-based Jaish-e-Mohammad (JeM) militant group in which over 40 Indian soldiers were killed.

India responded with air strikes against alleged JeM terror camps on Pakistani soil on 26 February. Pakistan's Air Force responded with a counter airstrike, during which the dogfight involving Wing Commander Abhinandan's capturing took place. He was later released by Pakistan as a "peace gesture" towards India.