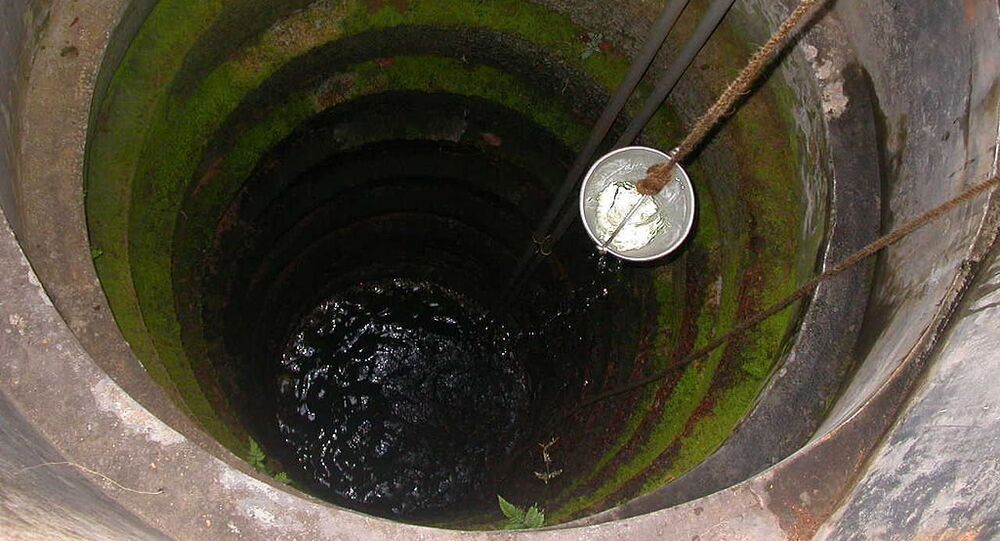 The incident happened in rural India, where in some places the desire for a male child is still strong. The woman was goaded by her husband for giving birth to two girls consecutively.

New Delhi (Sputnik):  A couple in the Indian state of Chhattisgarh has been arrested for allegedly killing their two baby girls after becoming disappointed that they weren't able to have a son, a local media report said.

According to the report in the Indian daily Nai Duniya, the woman, who had recently delivered a girl, was pressured by her husband for failing to deliver a son. She allegedly threw both of her girls into their backyard well.

The woman, identified as Seema, and her husband Dhanaram have been married since 2015. After two years of marriage, Seema gave birth to a baby girl. During her second pregnancy, the husband allegedly started giving her some herbs in anticipation that it would help her have a son this time.  On 9 May, Seema delivered a baby girl at a primary medical centre.

© CC0
Unwed Indian Woman Dies During Self-Administered Childbirth – Reports
Disappointed with the second child being a girl despite the ‘herbs' and  his best hopes, her husband allegedly began mentally harassing his wife.

Seema eventually broke down and in a fit of emotional turmoil on 12 May, threw her two-year-old daughter along with the newborn into their well.

However, just after that, she rushed out shouting for help from neighbours that her daughters had fallen into the well. A crowd gathered due to the commotion. They were removed from the well and rushed to a nearby hospital, but neither of the young children survived.

Police began investigating the incident, and during questioning, Seema purportedly broke down and admitted that it was she who had dumped her kids into the well because she was tired of her husband's taunts. The police have arrested Seema and her husband Dhanaram.