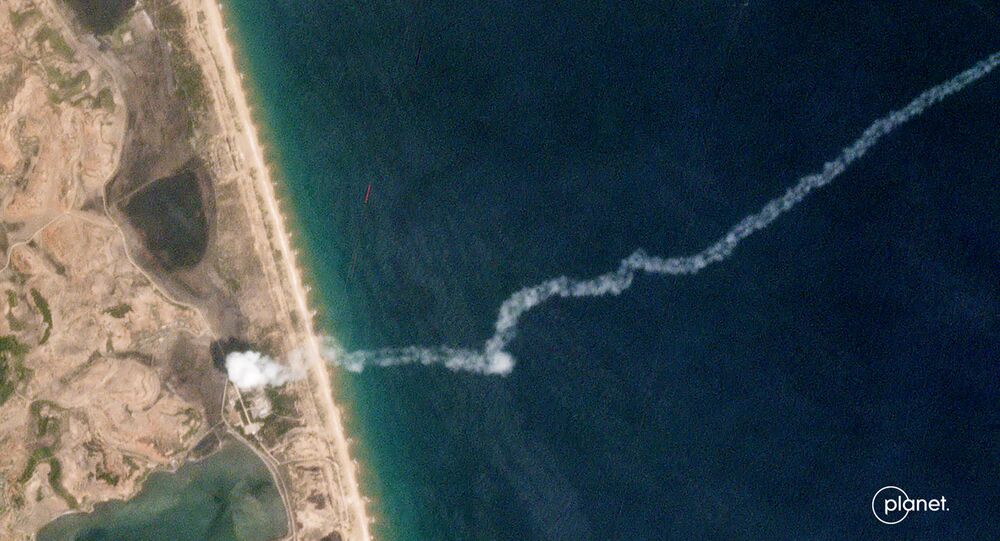 North Korea held several launches in early May, including tests of short-range missiles. US National Security Advisor John Bolton has said that Pyongyang had violated the UNSC resolutions.

The Korean Central News Agency (KCNA) said Monday, cited by Reuters, that Bolton was wrong in [his] "conclusions", stressing that "giving up missile tests" would mean "giving up the right to self-defence".

A statement issued by the KCNA quoted a North Korean foreign ministry representative as saying that US National Security Adviser Bolton is a "war fanatic", according to a Reuters report. Moreover, Bolton is working to destroy peace and security, according to the KCNA statement, cited by Reuters.

On Sunday, US President Donald Trump downplayed the recent missile launches by Pyongyang, saying that "North Korea fired off some small weapons, which disturbed some of my people, and others, but not me". Trump said he had confidence that the country's leader would keep his promise to denuclearize the Korean peninsula.

© REUTERS / Kyodo
US Agreed to Pay North Korea $2Mln for Warmbier Release - Former Envoy
Since 2018, North Korea has been engaged in denuclearization talks with the United States. North Korean leader Kim Jong Un and US President Donald Trump expressed their commitment to the denuclearization of the Korean Peninsula at their first bilateral meeting in Singapore last June.

The two leaders met for a second time in Vietnam in February. However, their talks concluded abruptly without any declaration or agreement, when they failed to reach consensus on what each side was ready to compromise to secure a deal.

A spokesperson for the North Korean Foreign Ministry said on Friday that Pyongyang blames Washington for the failure of the Hanoi summit and refuses to resume negotiations until the United States changes its position on North Korea. Pyongyang took meaningful steps toward easing tensions, but faced impracticable demands from Washington, he stressed.