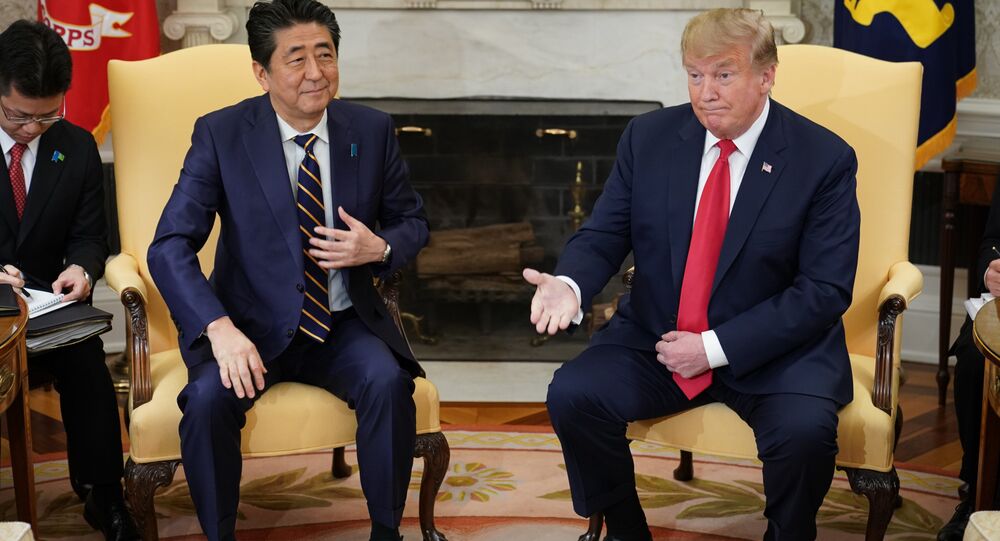 Japanese PM Abe Determined to Show Strong Alliance With US

Оapanese Prime Minister Shinzo Abe said on Monday that he would discuss the North Korean issue and US-Japan trade relations at the next G20 summit with US President Donald Trump, stressing that he is determined to demonstrate the strength of the US-Japan alliance, Reuters reported.

US President Donald Trump and his wife, Melania, are currently paying a four-day state visit to Japan. On Monday, Trump met the new Japanese Emperor Naruhito and Empress Masako at the Imperial Palace in Tokyo.

Trump reportedly wants to secure a bilateral trade agreement with Tokyo that would allow the United States to boost its agricultural exports to Japan. Tokyo wants to prevent Trump from slamming import duties on Japanese cars and auto parts, which are one of the most important export products for Tokyo.

Trump said on Sunday that Washington and Tokyo were progressing very well in their trade talks noting, however, that many issues would not be resolved until Japan holds elections to its upper chamber in July.

On Tuesday, Trump will reportedly visit a US naval base in the Japanese city of Yokosuka where he will address troops on importance of the US-Japanese alliance and its significance to regional security.