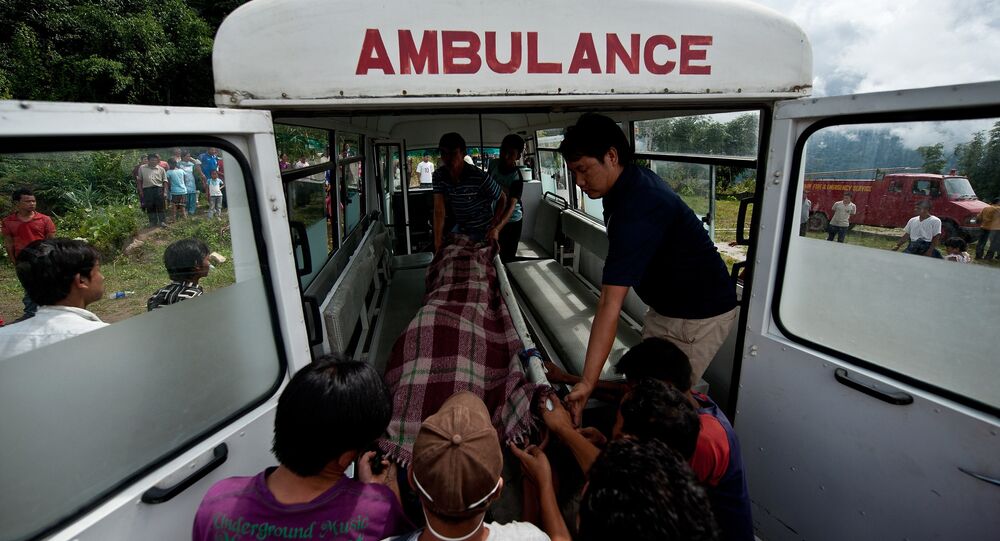 The areas close to the sites of the recent blasts have been cordoned off by law enforcement. The injured have been hospitalised.

Three people died and five others sustained injuries on Sunday in two separate blasts in the Nepalese capital, Kathmandu. The cause of the explosions remains unknown, Reuters reported citing local police.

"We have three fatalities in two incidents of explosions but the nature of blasts is under investigation," a police official was cited as saying.

Warning! The following images are graphic and may offend sensibilities

One of the witnesses of the explosion that took place inside a house in the central residential area, Ghattekulo, was cited by Reuters as saying that he ​"heard a big noise and rushed to the spot to find the walls of a house had developed cracks due to the impact of the blast."

And the second explosion reportedly occured at the outskirts of the city.

At present, security forces are on high alert and are operating in the main areas of Kathmandu.

The police believe that the explosions could have been conducted by a splinter group of ex-Maoist rebels. In February, the group was behind a similar blast in Kathmandu; the attack left one person dead and two more injured.