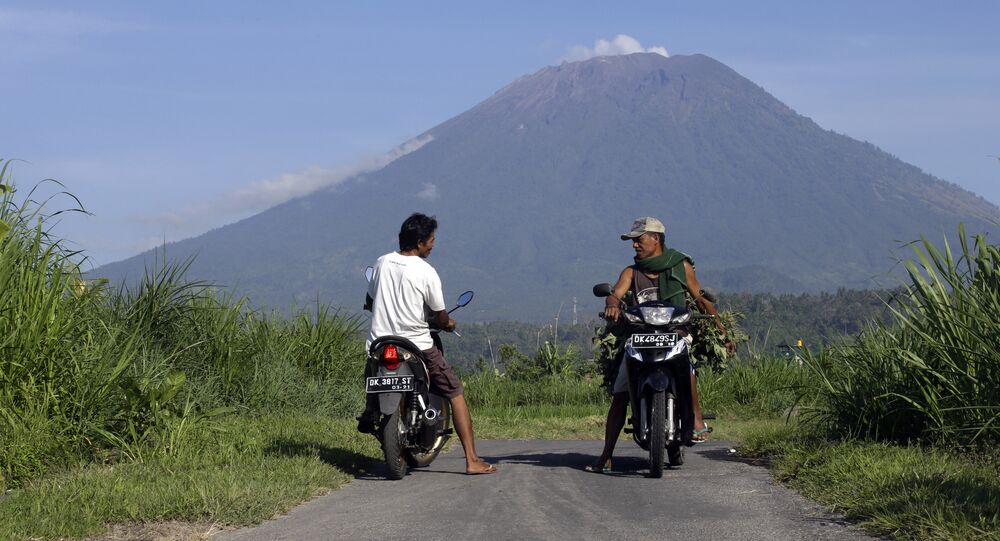 According to the Antara news agency, citing the authority, the eruption took place on Friday and lasted for over 4 minutes and 30 seconds as the volcano belched lava about three kilometers (1.9 miles) from the crater.

Locals in Bali, Indonesia, reported that Mount Agung erupted again, causing a loud roar and lava flows that could be seen from 3 km (1.8 miles) away. https://t.co/g8aJ8eyci6

The eruption affected eight nearby villages. The authorities asked local residents to wear masks when going outside and warned them of a possible evacuation in case a large eruption occurs.

The eruption of Mount Agung, Bali, occurred on May 24, 2019 at 7:23 p.m. but the ash column height was not observed. This eruption is recorded on a seismogram with a maximum amplitude of 30 mm & duration of ± 4 minutes 30 seconds.there was a roaring noise at the Observation Post. pic.twitter.com/q1P3yzFhbn

Various media reports have also said that some flights have been canceled in the area in the wake of the eruption. Mt. Agung is located 36 miles from Ngurah Rai Aiport and popular tourist places like Kuta and Seminyak.

The volcano became active in 2017. Its current alert level is the third from the four-tiered system. Indonesia also survived several large earthquakes last year. One of the strongest quakes hit the island of Sulawesi in September, triggering a tsunami that left thousands of people killed and injured.

Indonesia is part of the so-called Ring of Fire, an area in the Pacific Ocean where the most active tectonic plates are located.

Over 300 Officials Die of Exhaustion During Elections in Indonesia