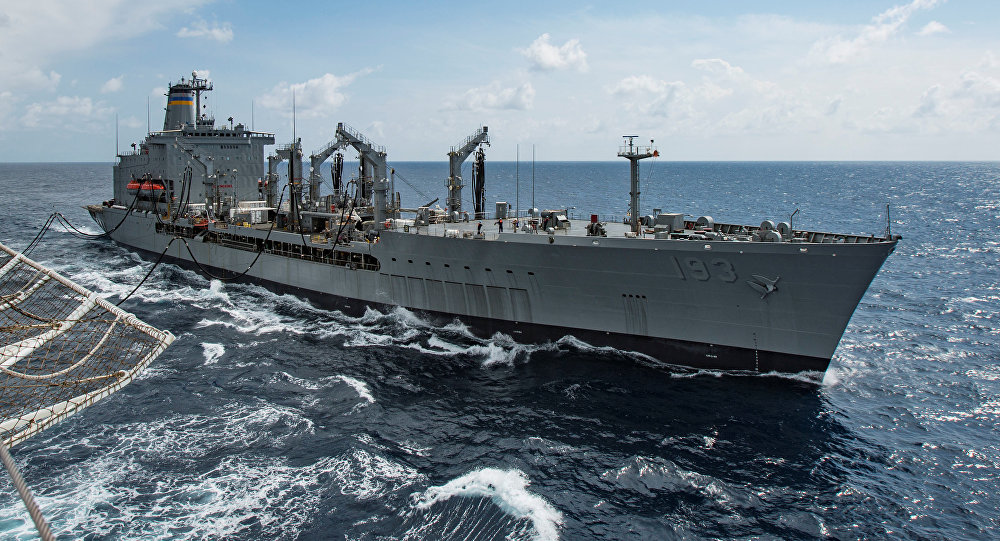 The US military said it sent two Navy ships through the Taiwan Strait on Wednesday, Reuters reported citing a US military spokesman.

The transit was carried out by the destroyer Preble and the Navy oil tanker Walter S. Diehl, according to Reuters report.

The voyage was reportedly viewed by self-ruled Taiwan as a sign of support from the Trump administration amid growing friction between Taipei and Beijing, Reuters reported.

Doss said all interactions were safe and professional, according to Reuters.

© Wikipedia / U.S. Navy
Two US Navy Warships Transit Taiwan Strait - Report
In April the US reportedly sent the naval destroyers William P. Lawrence and Stethem through the Taiwan Strait to demonstrate their commitment to freedom of navigation operations in the region.

Before that — in March — the naval destroyer USS Curtis Wilbur and the Coast Guard cutter Bertholf reportedly transited the Taiwan Strait in the frameworks of freedom of navigation operation.

The US Navy continues to conduct freedom of navigation operations in the disputed waters of the South China Sea, which Chinese authorities consider a provocation.