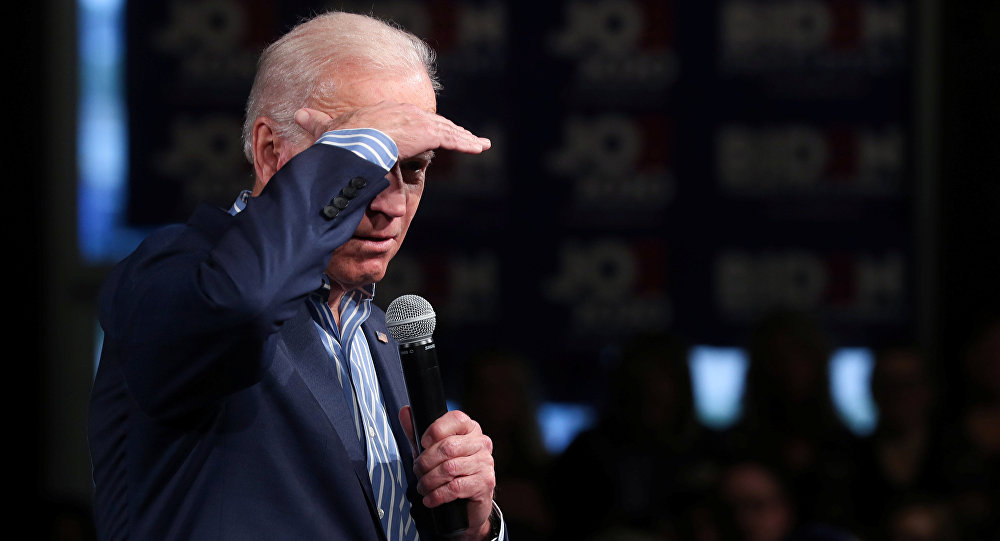 MOSCOW (Sputnik) - The Korean Central News Agency (KCNA), which portrays the position of the Pyongyang administration, has lashed out at former US Vice President Joe Biden, saying that he has become "reckless" and "senseless".

"Former U.S. Vice-President Biden has gone reckless and senseless, seized by ambition for power. The presidential candidate from the Democratic Party during his recent election campaigning reeled off rhetoric slandering the supreme leadership of the DPRK. What he uttered is just sophism of an imbecile bereft of elementary quality as a human being, let alone a politician", the statement said.

Biden, who has recently emerged as a leading candidate for the 2020 presidential election, has repeatedly voiced his hard stance on North Korea.

On Saturday, Biden was speaking at a campaign launch in Philadelphia and asked if the United States is a nation that "embraces dictators and tyrants… like [North Korean leader] Kim Jong-un".

In 2017, Biden said in a speech at the Carnegie Endowment for International Peace that North Korea’s development of nuclear weapons would be the most important issue facing the Trump administration.

© Flickr / Christopher Ebdon
US Sends Missile-Spotting Plane to Japan as North Korea Restores Launch Station
Since 2018, North Korea has been engaged in denuclearization talks with the United States. North Korean leader Kim Jong-un and US President Donald Trump expressed their commitment for the denuclearization of the Korean Peninsula during talks in Singapore last June. However recent negotiations between the two leaders in Vietnam collapsed due to disagreements over the timing of sanctions relief.

While Pyongyang has been seeking the lifting of the international sanctions, imposed on it due to North Korea's repeated weapons and nuclear tests, Washington has been insisting that Pyongyang should abandon its nuclear program.