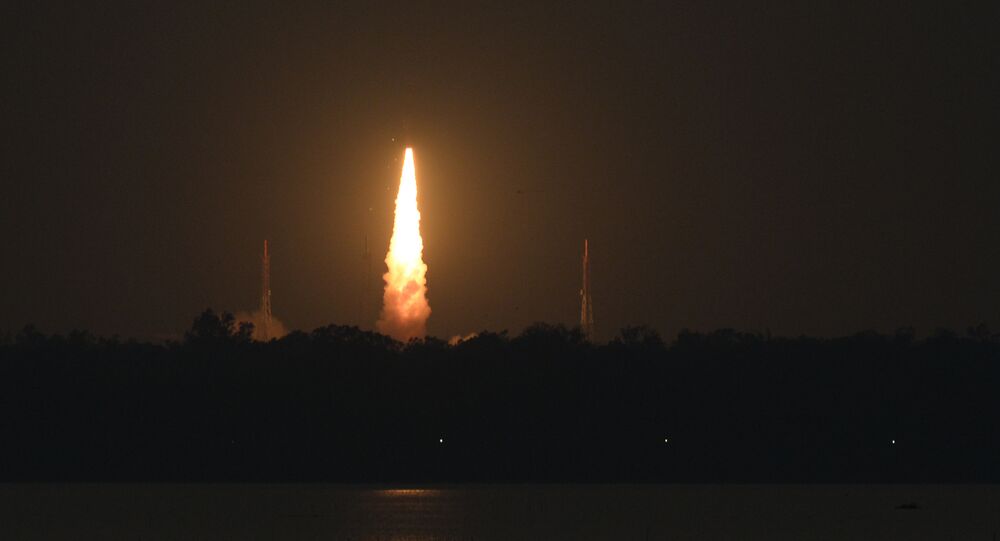 The satellite holds great importance for the Armed Forces, as an Indian Air Force (IAF) official reportedly claimed that one Mirage 2000 had missed the target during India's air strike in Balakot, Pakistan on the suspected terror camps on 26 February due to bad weather.

New Delhi (Sputnik): The Indian Space Research Organisation (ISRO) successfully launched RISAT-2B, a radar-imaging earth observation satellite, on Wednesday morning using the workhorse PSLV-C46 from the Sriharikota space port near Chennai. About 15 minutes into the flight, the rocket placed the RISAT-2B into orbit at about 557 km.

The satellite is capable of capturing views even in cloudy conditions and provide much needed support to track hostile activities near the northern and western border.

For those who missed watching the launch live, take a look at the majestic lift-off of #PSLVC46!

© REUTERS / Mario Anzuoni
India’s 2nd Moon Mission to Be Cheaper than Half of Avengers Endgame’s Budget
With this successful launch, India's cost-effective PSLV rocket has crossed the landmark of lofting of 50 tonnes since it started flying.

"The rocket had a piggy back payload, the indigenously developed Vikram computer chip that will be used in the future rockets", ISRO's chairman said after the successful launch.

PSLV-C46 is the 48th PSLV mission and the 14th "core-alone" flight configuration (these are flights without the use of solid strap-on motors).

ISRO stated that the RISAT-2B will help in monitoring agriculture, forestry, and disaster zones.

The RISAT-2B is equipped with a special X-band radar capable of providing much better images than currently available RISAT series satellites which are unable to provide high resolution images in heavy cloud cover.

ISRO officials said that over six satellites have been planned in the coming months to form a constellation of space-based radars offering a comprehensive cover over the country.