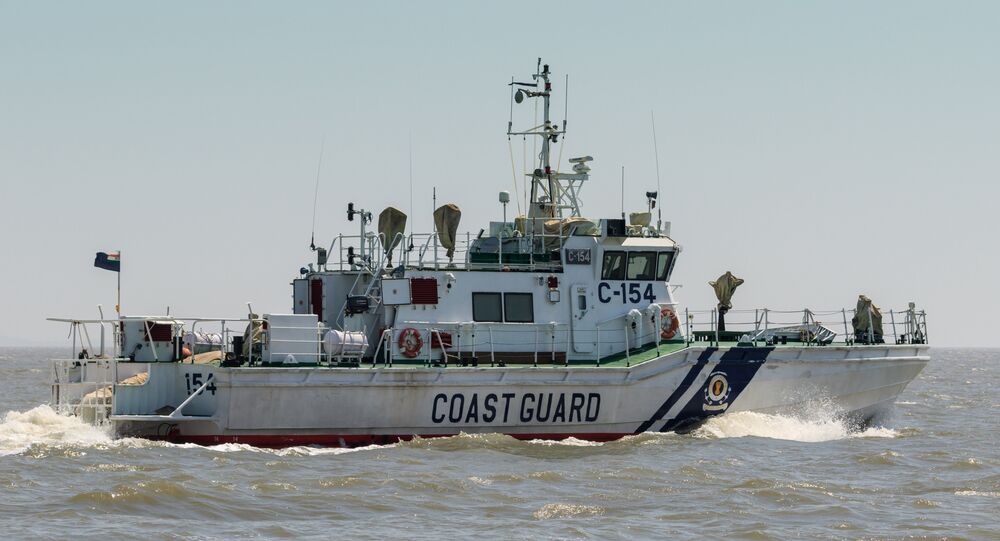 In March 2019, 100 kg of heroin was seized from a Karachi-registered boat while those on board were Iranians. In 2017, the Coast Guard caught a Panama-registered vessel carrying 1,500 kg of heroin valued at $500 million.

New Delhi (Sputnik): The Indian Coast Guard (ICG) on Tuesday announced that it had seized a huge cache of narcotics, worth $71 million in the international market, from a Pakistani vessel off the western coast of Gujarat state.

The vessel — Al Madina — is registered in Pakistan's port city of Karachi and had been sailing near the Kutch district of Gujarat.

Netizens Praise Indian Coast Guard For Saving Endangered Turtle (VIDEO)
Officials said that the narcotics are worth around $71 million. Further investigations are underway with Pakistani nationals at Jakhau harbour.

Acting on intelligence input that a Pakistani fishing boat was waiting near the International Maritime Boundary Line to deliver narcotics off Jakhau coast, the Indian Coast Guard dispatched a ship and two fast interceptor boats to apprehend the suspected vessel, said an official statement.

This is the second such seizure on the Gujarat coast in the last three months.