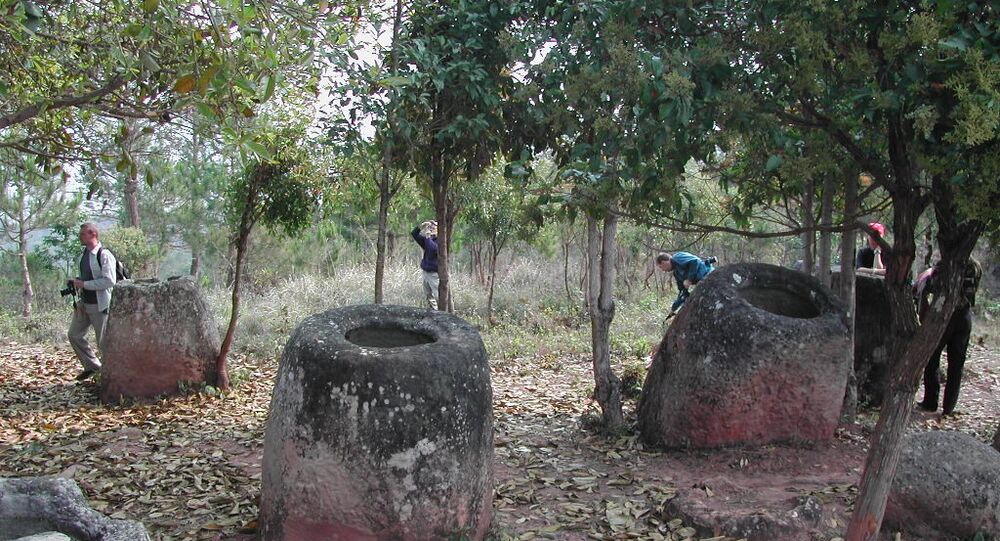 Archaeologists hope that the study of the sites where these enigmatic stone jars were discovered might help shed light on how exactly they were used by their ancient creators.

A discovery of over a hundred of the so-called "jars of the dead" in the forests of Laos has left archaeologists scratching their heads as they ponder these objects’ exact purpose, the Sunday Express reports.

According to the newspaper, the "cup-like carved stones" in question come in different sizes, up to 10ft in height and two tonnes in weight.

© CC0
UK Archaeologists REVEAL 'One of Most Significant Anglo-Saxon Discoveries' Ever (PHOTOS)
As of today, it remains unclear exactly how these jars were used, and while researchers suggested that human bodies were stored inside these "burial urns", local legend claims they were "goblets once used by a drunk horde of giants".

The jar sites were discovered during a survey conducted by the Australian National University, which started in 2015, with scientists cataloguing 137 of these enigmatic objects which were found across 15 newly discovered sites.

"Why these sites were chosen as the final resting place for the jars is still a mystery", Dougald O’Reilly, archaeologist from ANU, said. "It’s apparent the jars, some weighing several tonnes, were carved in quarries, and somehow transported, often several kilometres, to their present locations".

His colleague, Nicholas Skopal, also added that the sites where the urns were discovered "have really only been visited by the occasional tiger hunter", and that researchers now hope "to build a clear picture about this culture and how it disposed of its dead".