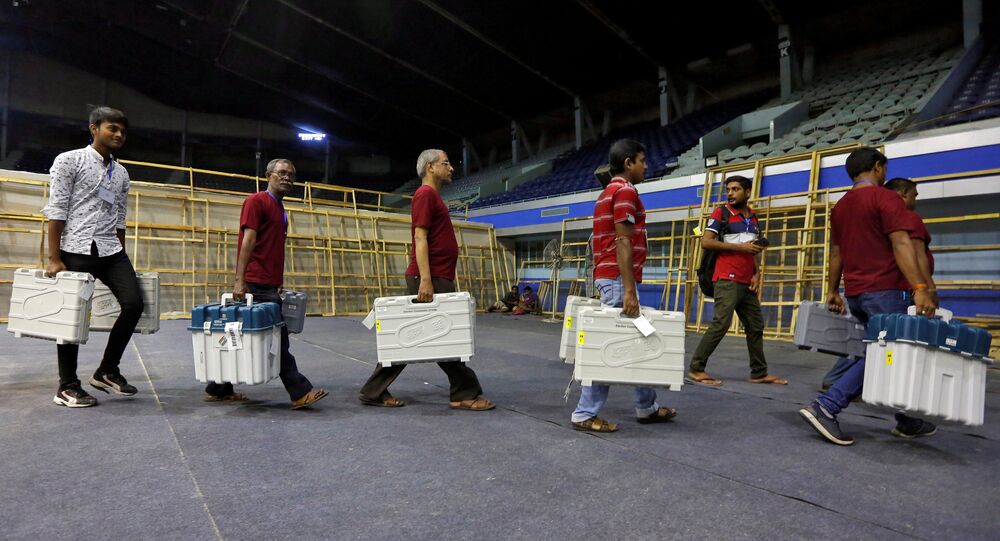 Current Indian Prime Minister Narendra Modi, who won a landslide victory in 2014, is now facing a rival in the form of Rahul Gandhi and his Congress Party.

Exit polls suggest that Indian Prime Minister Narendra Modi and his Bharatiya Janata Party (BJP) are likely to win India's general election. Four exit polls predict that the BJP-led alliance will get between 280 and 315 seats, which is far more than the Congress Party is expected to win.

© CC0
Pakistani FM Mocks Indian PM Modi Over Radar-Evading Cloud Theory
Modi has faced criticism over failing to create jobs for India's youth and for the low prices of agricultural goods. However, he gained ground amid the escalation of the conflict with neighbouring Pakistan.

Following the conflict, the prime minister took on his rival, saying that he is too soft toward India's north-western neighbour. Furthermore, Modi rallied support among Hindu nationalists and turned the elections into a fight for national security and for the Hindu-first policy.

India has been holding seven-phased elections since April 19, with 900 million eligible voters. Vote counting is expected to begin on 23 May and the results are expected to be announced the same day.