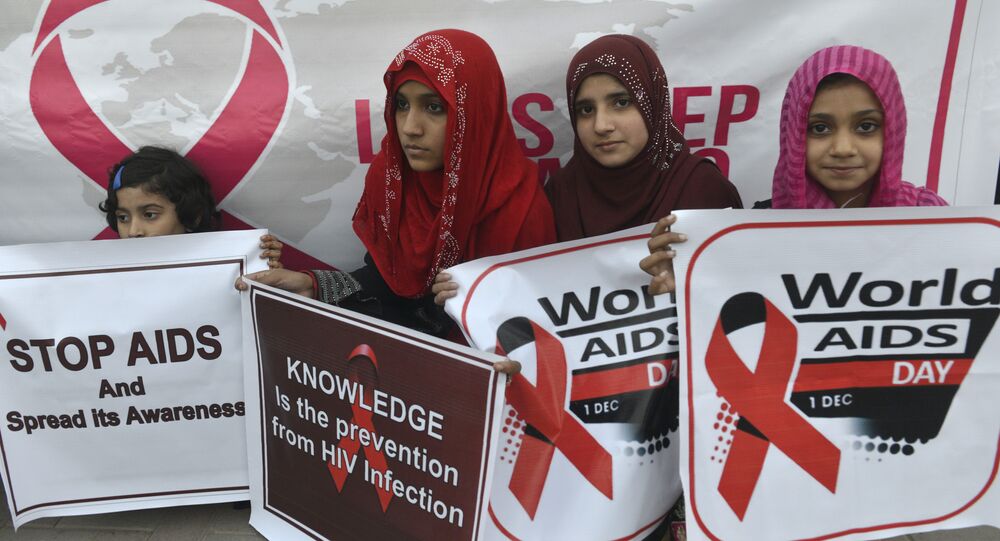 The of contaminated syringes by unprofessional doctors has been blamed for an HIV/AIDS outbreak. The incident has propelled Pakistan, formally a low-HIV incidence country, to Asia’s second spot for rate of growth in HIV/AIDS cases.

New Delhi (Sputnik): Panic seems to be gripping people in Pakistan amid reports that there is an unprecedented surge in HIV/AIDS cases, media reports suggest.

The Sindh province in Pakistan is witnessing an unprecedented increase in HIV and AIDS cases that is sending chills down the spine of common populace as well as the government, reports AFP.

On Wednesday, a total of 39 suspected HIV cases, including 23 children and 5 women, were detected in Sindh's Larkana district pushing the total tally to of HIV cases to 519 in 17 days, Pakistan's daily Express Tribune reported.

Sindh Health Minister Dr. Azra Pechuho during a press meet had assured people that more blood screening camps will be set up to speed up HIV detection, the report added.

Quoting Bushra Jamil, an expert on infectious diseases at Aga Khan University in Karachi, was cited by AFP as saying the spike in HIV cases was due to large number of unqualified doctors who use non-sterilised needles to administer injections. The incidence of infections can also be attributed to unsafe blood transfusions.

Authorities had recently arrested an unscrupulous doctor following allegations that HIV had been among patients in Larkana. Dr. Muzaffar Ghangharo, who stood accused, is himself HIV positive. He works at a public hospital and also runs a private clinic.