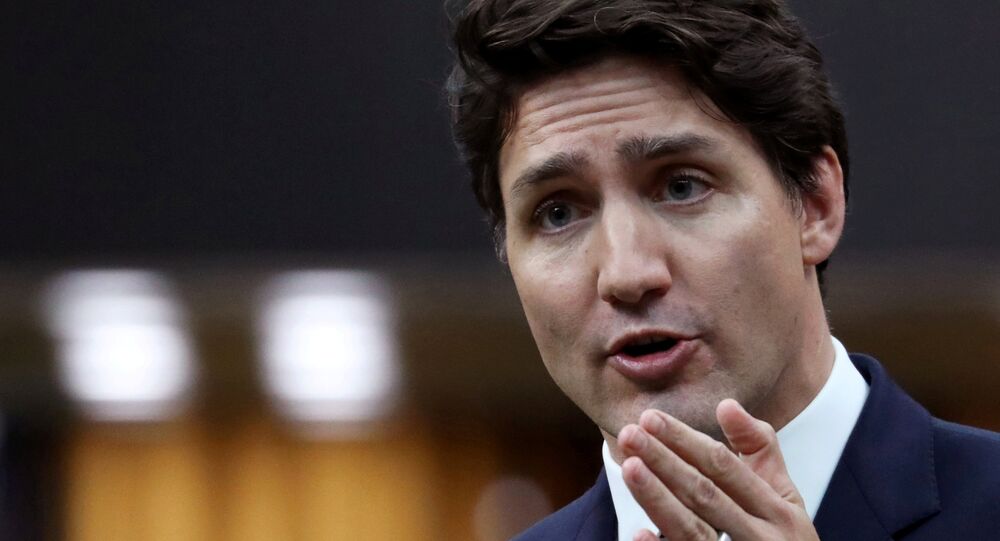 The two were detained in December 2018 soon after Canadian authorities arrested Huawei's Chief Financial Officer Meng Wanzhou on an extradition request from the US. Washington seeks to prosecute Meng for allegedly helping Huawei bypass unilateral American sanctions against Iran.

Canada's Prime Minister Justin Trudeau has called the arrests of Canadian citizens in China on espionage charges "unacceptable" and vowed to make the safety of his fellow citizens the "utmost priority" during his trip to Paris.

"We will continue to work with our allies and work directly with China to ensure that they understand that we are a country of the rule of law, and we will allow our legal processes to unfold independently while at the same time we will always stand up for Canadians and will continue to", he said.

The Canadian Foreign Ministry also reacted to the news, condemning the "arbitrary arrest" of its citizens and calling on Beijing to immediately release them.

Earlier in the day, China formally arrested two Canadian citizens who were detained on accusations of obtaining secret state data on behalf of foreign actors on 16 May. Having been formally arrested, the two are likely to face trial soon.

At the same time, the spokesman for the Chinese ministry cautioned Canada against making "irresponsible remarks" about the legal proceeding in China.

The arrest of the two Canadian citizens in December 2018 was preceded by Canadian police arresting a Chinese citizen, Huawei's Chief Financial Officer Meng Wanzhou, on an extradition request from the US. The latter accuses her of helping Huawei deceive banks about relations with a third-party firm operating in Iran.

The arrests of each other's citizens have significantly strained bilateral relations between China and Canada. Ottawa believes that the detentions of Kovrig and Spavor, which came shortly after Meng's arrest, were not circumstantial, although Beijing has given no indication that there is a link between the two events.

Washington claims that Huawei has used the firm to operate in Iran in order to bypass American sanctions against the Islamic Republic and is now trying to have Meng extradited from Canada, something that she vehemently opposes. Both Huawei and its CFO deny Washington's accusations.