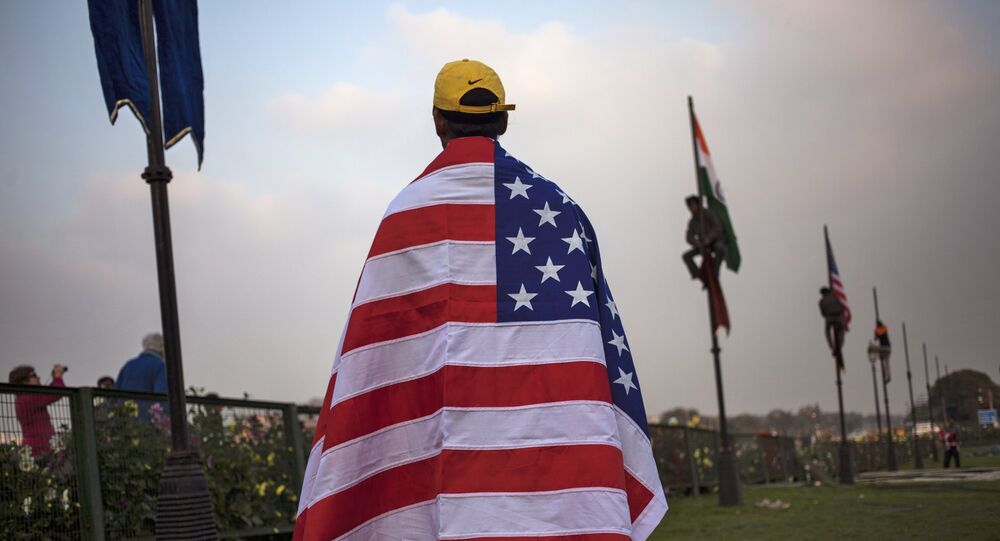 New Delhi (Sputnik): A week after US Commerce Secretary Wilbur Ross warned of consequences, India has postponed the retaliatory tariffs against 29 American goods for one more month. It is the eighth postponement since last June.

A notification from the finance ministry said that implementation of increased customs duty on specified imports originating in the US has been postponed from May 16 to June 16 this year.

The  Trump administration had announced the withdrawal of export incentives to Indian exporters under the GSP programme in March this year. America gave a 60-day notice that ended on 2 May but has yet to withdraw those benefits.

© REUTERS / Stringer
Indian Companies Ask Gov’t to Put Safeguard Tariffs on Chinese Steel – Reports
Ross held wide ranging discussions with his Indian counterpart Suresh Prabhu on 6 May in New Delhi wherein he later tried to calm Indian nerves by saying that the trade deficit will come down in the near future.

US exports of goods to India increased last year by $7.4 billion, or an impressive 29 percent, to $33 billion. Last month, Trump called India a "tariff king", which was countered immediately by the South Asian country.

India had announced the higher duty on 29 American products to neutralise the impact of additional import duties of 25 percent and 10 percent imposed on Indian steel and aluminium respectively by the US last March, citing national security concerns.

India has noted the higher tariffs on several products. While import duty on walnuts have been hiked to 120% from 30%, duty on chickpeas, Bengal gram (chana) and masur dal will be raised to 70%, from 30%. The levy on lentils will be increased to 40%.

India Postpones Retaliatory Tariff on US Products by 45 Days