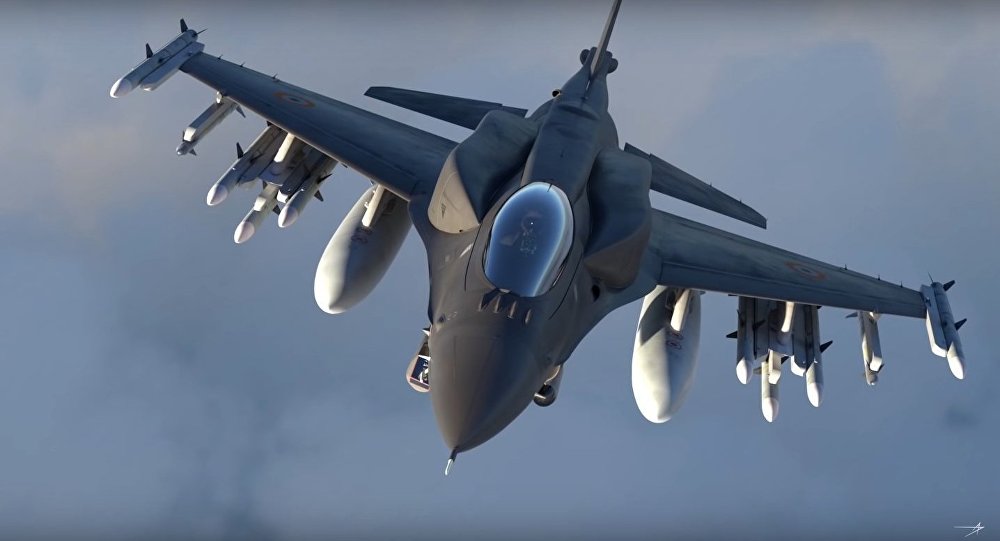 American aerospace giant Lockheed Martin has also proposed to set up a manufacturing facility in India adding that if New Delhi decides to go ahead with the purchase, it will not sell the new F-21 jets to any other country.

New Delhi (Sputnik): Hoping to get an upper hand against rivals like MiG-35 and Dassault aviation's Rafale, Vivek Lall, Vice President of Strategy and Business Development for Lockheed Martin, told Indian news agency Press Trust of India that the newly designed jets would be able to operate across 60+ air stations in India.

The Indian Air Force (IAF) in its Request for Information (RFI) last year had stated it envisaged to procure 114 jets at about a cost of $18 billion. The amount is billed as one of the world's biggest military procurements in recent times.

"We understand India's unique requirement and this offer is a way of showing how important India is to our company. It is a modern cockpit and has significant piece of ability to synthesize information. These are unique capabilities that we are not offering to any other country in the world", Lall said.

These jets have a superior engine matrix, electronic warfare system along with weapons carrying capacity, he added.

© Photo : YouTube/Lockheed Martin
F-21 Combat Aircraft Will Give India Significant Edge - Lockheed Martin
In response to some concerns the new F-21s appear similar to the F-16s, Lockheed Martin clarified that the F-21s may have a similar look to the F-16s currently being used by the Pakistan Air Force (PAF), but in reality are quite different.

Along with a traditional bloom-delivered refueling facility, these jets also possess an extendable hose-and-drogue refueling probe. F-21s have 12,000 hours of service life air, an additional 40 percent weapons carrying capability and boasts of a cockpit that has a very large display area.

As a part of the proposed deal with New Delhi, Lockheed has also envisaged setting up a state-of-the-art manufacturing facility with the Indian behemoth Tata group in case the deal goes through.

In 2016, the US called India a "Major Defence Partner" and hoped to lay a foundation for better and more technologically advanced deals.

India of late has looked to up its ante on defence procurements, following the recent skirmish it had with neighbour Pakistan. The skirmish came in the wake of the 14 February terror attack that killed 40 Indian service personnel in Jammu and Kashmir.