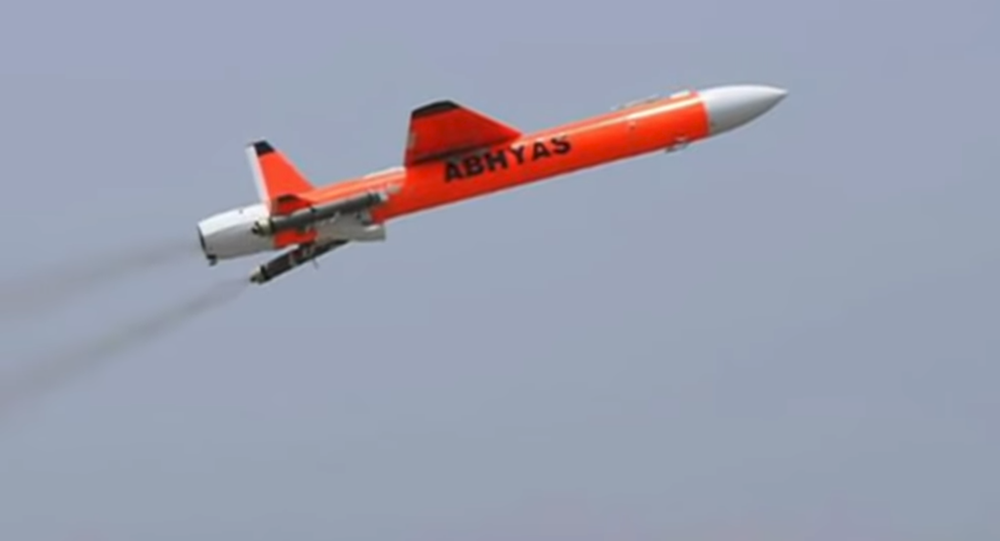 In development since 2012, the Abhyas was tested Monday at the Interim Test Range in Odisha state, New Delhi TV reported.

"The flight test was tracked by various radars & electro optic systems and proved its performance in fully autonomous way point navigation mode," DRDO said. "The performance of the system was as per simulations carried out and demonstrated the capability of Abhyas to meet the mission requirement for a cost effective HEAT."

​Abhyas is powered by a small gas turbine engine and guided by an indigenously developed microelectromechanical systems-based (MEMS) navigation system, according to a DRDO press release. Judging by photos released to the press, the drone is launched from a specialized catapult and doesn't utilize airfields.

© Wikipedia
MQ-9 Reaper Kills Drone in Air Combat Test
​The drone will be used to test surface-to-air as well as air-to-air weapons systems, including anti-aircraft weapons as well as anti-cruise missile and anti-ballistic missile systems, The Diplomat noted. It has an adjustable radar cross-section so it can simulate differently sized targets, and even an acoustic miss distance indicator (AMDI) so that researchers can tell how much a missile missed its target by, if it doesn't strike the drone.

"In addition to being a stable vehicle for weapon practice, Abhyas can be used as an effective jammer platform," P.S. Krishnan, director of DRDO's Aeronautical Development Establishment, told the New Indian Express in 2013, shortly after the program was launched. "Every bit of onboard systems come for Indian industries, which makes Project Abhyas special in many ways."