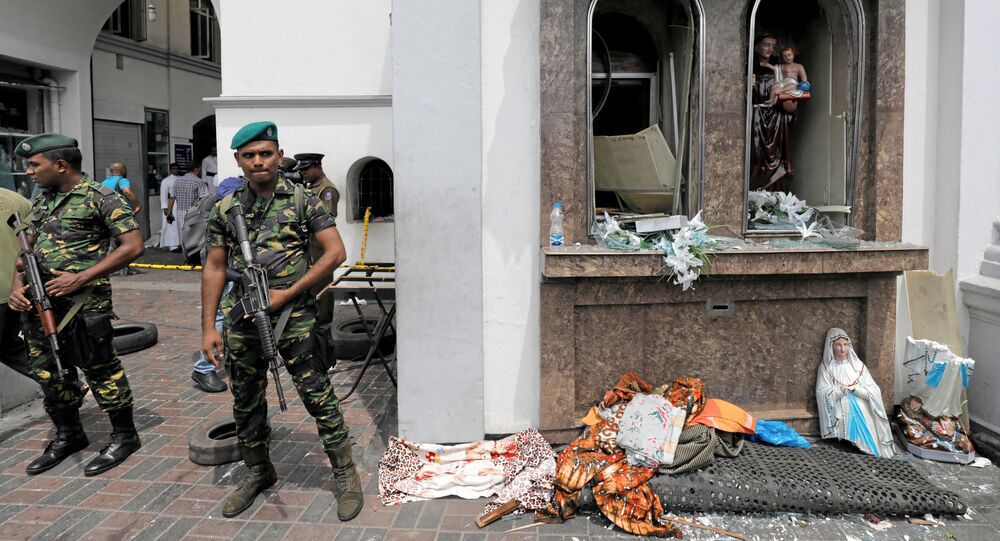 NEW DELHI (Sputnik) - Sri Lankan President Maithripala Sirisena has officially outlawed three Islamist groups suspected of being behind the April bombings that killed over 250 people across the country, a statement published on the president's website said Tuesday.

"By the powers vested in me as the President of Sri Lanka… I have ordered for the National Thowheeth Jama'ath, Jamathei Millathu Ibraheem and Wilayah As Sailani groups to be banned in the country", the statement said.

Prime Minister Ranil Wickremesinghe also urged citizens to keep calm amid the crackdown on the jihadists.

I appeal to all citizens to remain calm and not be swayed by false information. Security forces are working tirelessly to apprehend terrorists and ensure the security of the country, but each time there is civil unrest, we increase their burden and hamper ongoing investigations.

In the meantime, authorities introduced a 12-hour curfew in its North Western Province, just after the previous one ended. According to the news portal Ada Derana, the new curfew started at 6:00 PM (12:30 GMT), and will end on Wednesday at 6:00 AM.

Sri Lanka has been on high alert since a string of deadly bombings devastated the nation on Easter Sunday.

More than 250 people were killed and hundreds injured in the coordinated attacks, and dozens have been detained since a massive anti-terrorist operation and investigation was launched in the wake of the tragedy.

According to the Sri Lankan government, there are about 130-140 Daesh members operating in the island nation. However, the police claim that all suspected plotters and perpetrators of the Easter bombings have been either detained or killed.