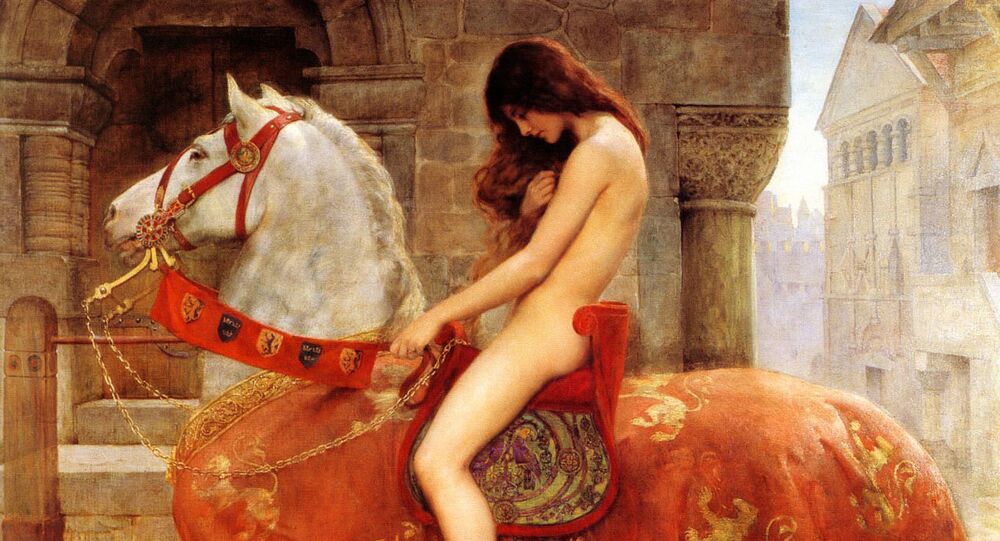 Two Australian senatorial candidates hired 31-year-old blonde Sarah Keecher and, most notably, a horse for Monday morning’s “modestly” naked protest trot in the hope that the sight of an attractive woman sitting on horseback in her birthday suit would deeper engage locals in solving climate issues.

Environmental activist Sarah Keecher has straddled a horse to ride through Melbourne wearing next to nothing on a cold Australian winter day a la modern-day Lady Godiva, but despite tourists showing quick vivid interest in her snow-white horse, the protest itself doesn’t seem to have yielded the desired effect.

Ms Cordner Hunt, meanwhile, explained, as cited by news.com.au, that the extravagant show was to emphasise the now urgent need for action on climate change, such as for a focus on a more sustainable human activity, adding that the activist stripped off to "to expose" the government’s inaction on the issue. According to Keecher quoted by the Daily Star, it is a civil duty to rise in defence of our planet and “that starts at the polling booth on Saturday”.

Naked activist rides through town on a HORSE – but nobody cares https://t.co/Cjp28gz9fX pic.twitter.com/bg8BHTErxG

Five days ahead of the nationwide poll, the stunt was aimed at piquing voter interest in the policies of the Independents for the Climate Action Now party, which was only registered in April as an alternative to the Greens.

Ahhh forget her, bring back the half naked chick on a horse, that's a protest i can get on board with. https://t.co/4dv8u03R4E

"I'm regional and have been involved in spreading the Greens' message before but that message suffers a great deal of negative PR in country and regional areas", Ms Cordner Hunt said, adding that Keecher’s raunchy stunt was largely hoped to offset that negative publicity.

In a much similar way, an Old English legend has it that a famed noblewoman, Lady Godiva, rode naked through the streets of the Warwickshire country, which later became well-known as a birthplace of William Shakespeare.

The stunner’s intimate parts were reportedly covered only with her long flowing hair as she rode through the streets of the city of Coventry to free tenants of the oppressive taxation that her husband had imposed on them.