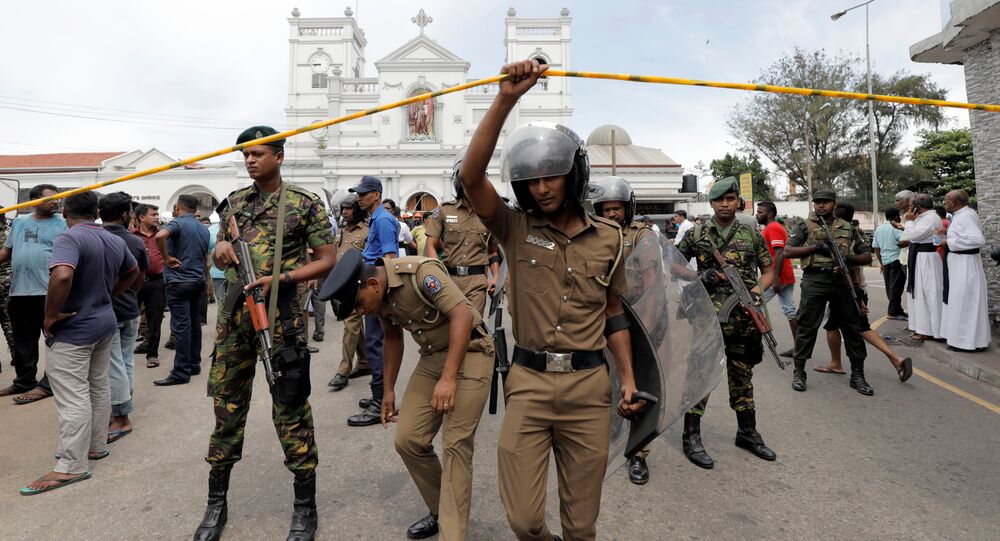 The Sri Lankan government's information department reportedly announced that they had blocked some social media platforms, following violent incidents in several areas of the country, according to Reuters.

According to multiple reports citing the Sri Lankan government's information department, WhatsApp, Viber and Facebook were temporarily blocked in the country.

Several dozen people threw stones at mosques and Muslim-owned stores and a man was beaten in the town of Chilaw on the west coast on Sunday in a dispute that started on Facebook, sources told Reuters. Sri Lankan media also reported incidents in several nearby areas overnight, Reuters report says.

© REUTERS / Dinuka Liyanawatte
Threat of More Islamist Militant Attacks Contained - Sri Lanka Army Chief
According to local media, on Sunday Sri Lankan authorities imposed a curfew in Chilaw, Kuliyapitiya, Bingiriya and Dummalasuriya Police Divisions due to public disputes. The most recent reports say that the curfew has been lifted.