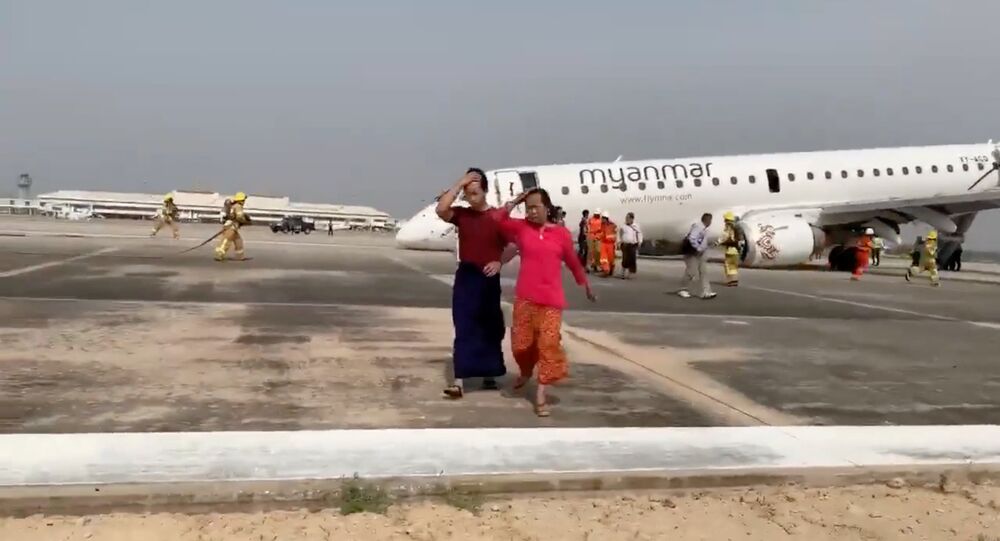 All 82 passengers and crew aboard Flight UB103 from Yangon are safe following the emergency landing.

A Myanmar National Airlines Embraer ERJ-190 plane landed safely at Mandalay airport after the nose wheel failed to extend, according to an airport police officer.

According to reports, Myanmar Airlines flight UB-103 landed at around 9 a.m. in Mandalay, a popular tourist city, with 89 people on board.

"The plane has landed in the middle of the runway at Mandalay Airport. The runway is 14,000 ft and the plane landed at 5,000 ft," U Ye Htut Aung, deputy director general of DCA said, as quoted by The Myanmar Times.

BREAKING. A Myanmar flight #UB103 has landed with its nose retracted at MDL airport. All passengers evacuated safely. pic.twitter.com/9wJbRclAMR

The incident caused panic among the passengers, although it resulted in no injury.

The video circulated on social media showed a smooth touch-down before the nose of the jet tipped over and ground to a stop.

EU Extends Myanmar Sanctions by Another Year Over Rights Violations