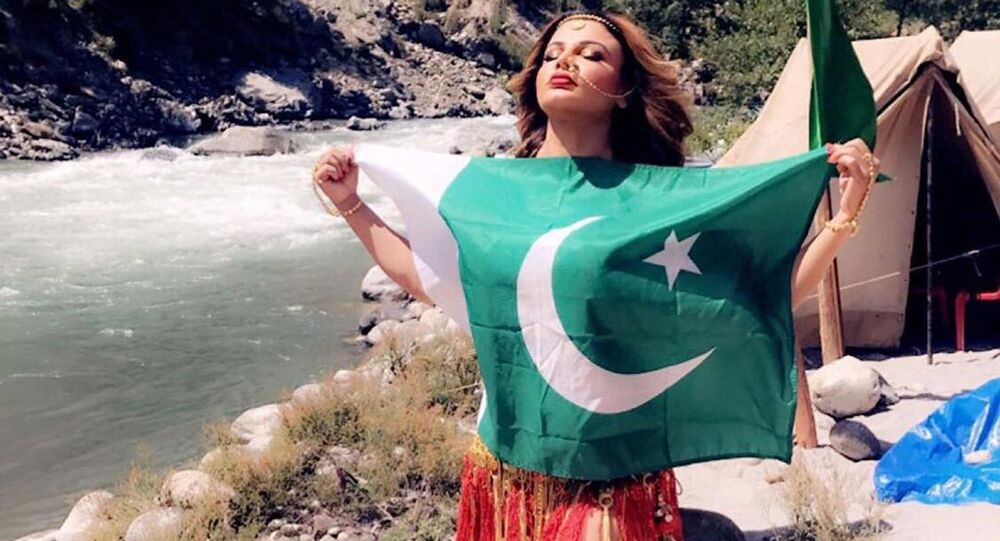 The actress responded to her online critics with a video retort, insisting that the flag featured in the picture was related to the character she portrayed in a movie.

An Indian actress named Rakhi Sawant has recently landed in hot water after she posted a picture of herself on social media holding a Pakistani flag.

Described by India Today as a “controversy’s child”, Sawant captioned the Instagram photo with the following statement: "I love my India but it’s my character in the film Dhara 370".

As the media outlet points out, the picture quickly triggered a barrage of criticism, with many netizens bashing her for posing with the flag, and one of them even calling her "Ms Rakhi 'Pakistani' Sawant" and saying that she is "suitable for Pakistani citizenship".

In a video response which she also posted on her Instagram page, Sawant pointed out that her character in the movie is actually a Pakistani girl, and insisted that she respects the people of Pakistan.

Tensions between India and Pakistan escalated earlier this year when at least 40 Indian security personnel were killed in a terrorist attack in Pulwama.

After a Pakistan-based terrorist group claimed responsibility for the attack, New Delhi accused Islamabad of harbouring and sponsoring the terrorist outfit, with Pakistan rejecting these accusations and tensions later culminating in a dogfight over Kashmir.