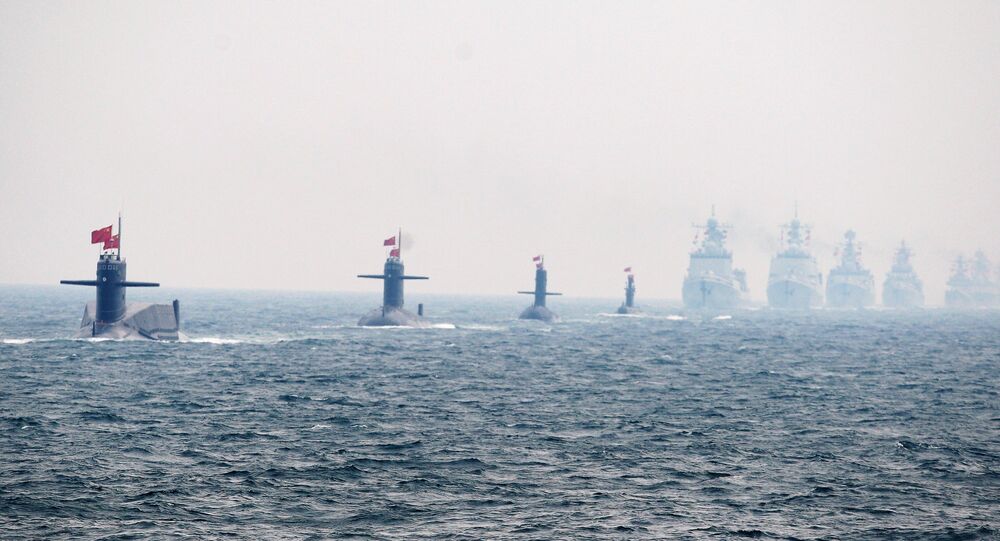 China is running out of provincial capitals to name new destroyers, and it might have to turn to other big domestic cities, which reflects the country's rapid naval development in recent years, military experts said on Monday.

One of the three other Type 055 destroyers will be named Lhasa, the capital of Southwest China's Tibet Autonomous Region, Upolitics, a public WeChat account run by Beijing Youth Daily, reported.

© REUTERS / Bobby Yip
People’s Liberation Army-Navy Declares Chinese Carrier Liaoning a ‘Combat Ship’
With other provincial capital names being used by other destroyers, the naming of the Nanchang and Lhasa leaves only Nanning and Taipei available, according to the report.

China's 13th and latest Type 052D destroyer is named Qiqihar and will soon be commissioned into the PLA Navy, Hecheng Evening News, a Qiqihar-based newspaper, reported in April. Qiqihar is a city in Northeast China's Heilongjiang Province and is not the capital.

Chinese destroyers and frigates should be named after big and medium Chinese cities, according to the naval vessels naming regulation.

This means naming of destroyers does not necessarily have to use provincial capitals, as it was a non-binding tradition, experts said.

A few Chinese destroyers have been named after big cities other than provincial capitals, like the Shenzhen, a Type 051B destroyer.

© AP Photo / Zha Chunming
Chinese Navy Short on Carrier-Based Fighters, Only Has Problem-Ridden J-15
As China runs out of provincial capitals to use, more examples like the Shenzhen and Qiqihar will be used, an anonymous military expert told the Global Times.

Li Daguang, a professor at the National Defense University of the PLA, told the Global Times that the naming issue reflects the rapid development of the PLA Navy in recent years.

In terms of future Chinese destroyer development, Upolitics reported that three more Type 055 destroyers have been launched and a total of eight are being planned for the first batch.

More Type 052D destroyers could also be on the way, analysts said. China's 14th and latest Type 052D was launched in July 2018, media reported. It is the first stretched variant that is reportedly four meters longer than the original Type 052D.