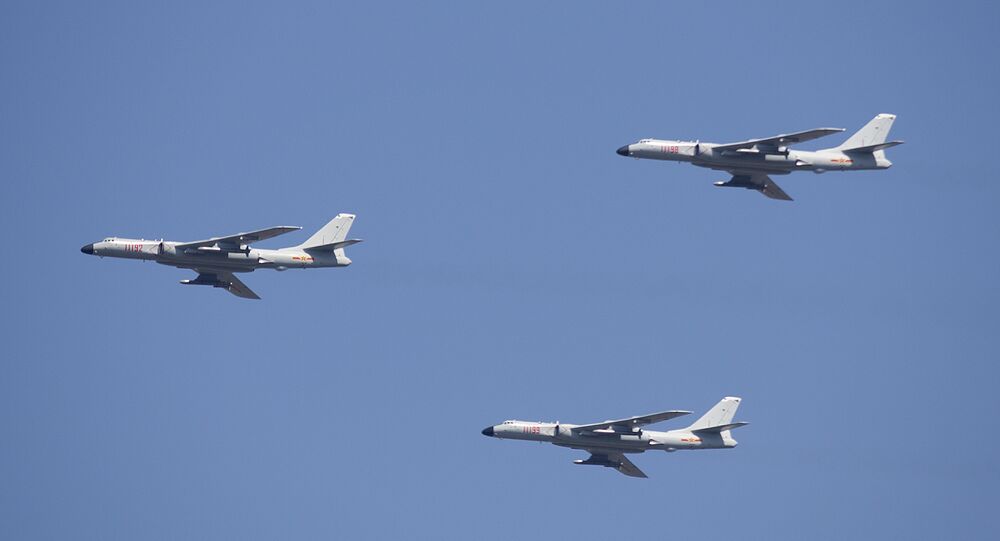 The Pentagon is worried Beijing could be closing in on a complete nuclear triad, meaning it would join an elite cohort of nations capable of delivering a nuclear weapon by land, air and sea - something only three countries in the world can boast: the US, Russia and India.

The Office of the US Secretary of Defense noted the development in its annual report to Congress last week, saying that "China continues to improve its ground and submarine-based nuclear capability and is pursuing a viable nuclear ‘triad' with the development of a nuclear capable air-launched ballistic missile (ALBM)."

© Photo : US Air Force
US in Race With China, Russia to Develop Hypersonic Missile – USAF

ALBMs are rare: the US explored the concept in the early 1960s as a way to keep its huge strategic bomber fleet relevant, while the Soviet Union skipped the idea and immediately began producing intercontinental ballistic missiles (ICBMs), which proved much more reliable. The successful development of the submarine-launched ballistic missile (SLBM) made ALBMs no longer worth trying to perfect.

However, while the US has maintained its strategic bomber fleet as part of its nuclear triad by continuing to arm them with nuclear gravity bombs, China had its bombers step back from the role in the late 1970s or early 1980s in favor of the ballistic missile deterrent provided by the Second Artillery Corps — now called the People's Liberation Army Rocket Force (PLARF).

Last year, the Pentagon noted that Beijing had reversed that decision following the public announcement of China's stealth bomber program and the testing of an ALBM known only as the CH-AS-X-13. That missile was tested as recently as January 2018, fired from an H-6K bomber. However, the Pentagon's 2019 report noted that a second, nuclear-capable ALBM could be in the works.

© CC BY 2.0 / International Campaign to Abolish Nuclear Weapons
No Thanks: China Dismisses Notion That It Will Join Russia, US in Nuclear Talks

In addition to the ALBM, China also possesses at least 90 ICBMs as well as a wealth of nuclear-capable medium-range and intermediate-range ballistic missiles, fielded by the PLARF, Sputnik reported.

Beijing also has four Type 094 Jin-class submarines, with two more in the works and another class, the Type 096, anticipated in the mid-2020s. The Pentagon has warned the Type 094 boats are Beijing's "first viable sea-based nuclear deterrent," as they carry SLBMs.