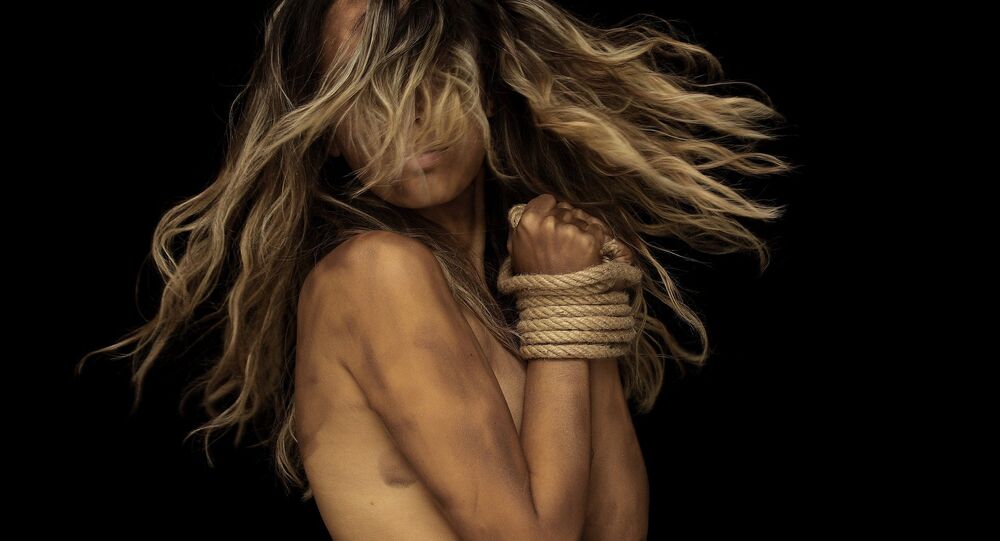 The alleged gang-rape took place on the afternoon of 26 April. But the police, despite having initially investigated the matter much earlier, took almost a week to register the complaint known as First Information Report (FIR).

New Delhi (Sputnik): An 18-year-old woman, who was allegedly gang-raped by five men in front of her husband, has accused local police in the Indian state of Rajasthan of not taking swift action on the pretext of election-induced workload, an Indian daily reported on Wednesday. The incident took place in Indian state of Rajasthan's Alwar district, reported english newspaper The Indian Express.

The seven-phase Indian general elections to elect new members of parliament and prime minister have been underway since 11 April and the last two phases are scheduled to be held on 12 and 19 May. The results will be announced on 23 May.

Taking cognizance of the incident's gravity, the state government has transferred the top police official as well as suspended the local police station in-charge (Station House Officer) under whose jurisdiction the alleged crime took place.

© Photo : Pixabay
Netizens Shocked Over Report of Rape and Beheading of Indian Minor by Brothers
The accused video recorded the incident and even blackmailed the victim's husband, demanding more money after already taking some money. As the video went viral, police were galvanised into action, the report added.

One of the five accused men has been arrested.

As per the FIR, the victim riding pillion on a bike with her husband were stopped by five men who forcibly took her to a nearby hillock and raped her in front of her husband for two hours.

"They dragged me by my neck, tore my clothes, raped me", stated the victim in the FIR, adding that they filmed the act and threatened to kill her along with her husband apart from making the video go viral over the internet.

The media report read that the accused had blackmailed the victim and her family for money. "Threatening calls were coming from the accused who had already taken money from my brother", the victim's husband's brother told the Indian daily.

The police asked us to wait until the national elections get over, as they did not have enough personnel, he added.

The Director General of Police from Rajasthan state informed the media that five people have been booked and one among them, Indraj Gurjar, has been arrested. The other four, Chotelal, Ashok, Hansraj and Mangesh are on the loose. Police are on the hunt for them.

Social media was very vociferous in its reaction to the gang rape incident.

"Ensure that the culprits are hanged", demanded this netizen.

Dear @RahulGandhi ji @ashokgehlot51 ji @PoliceRajasthan The Alwar gangrape incident is a barbaric and heinous crime..the inaction of Rajasthan police is condemnable..we demand speedy investigation and fast track court to ensure that the culprits are hanged

​This person just came short of "cursing" all politicians.

Alwar thanagazi gangrape reminded me we still have rapist governments. I put all the blame on politicians and police. All the politicians of india, god bless your childrens also with same pain what you… https://t.co/lCk2InIXTt

​There were demands that the police also should be punished.

Rapist must be hanged or they must die in pain. Such a heinous crime has been committed and police didn't help for 4 days. Even police must be punished.@ashokgehlot51 @SachinPilot @DrKumarVishwas @rajnathsingh @narendramodi https://t.co/Ml005mwqhg

​"Shameful" was how this twitter user thought of the incident.