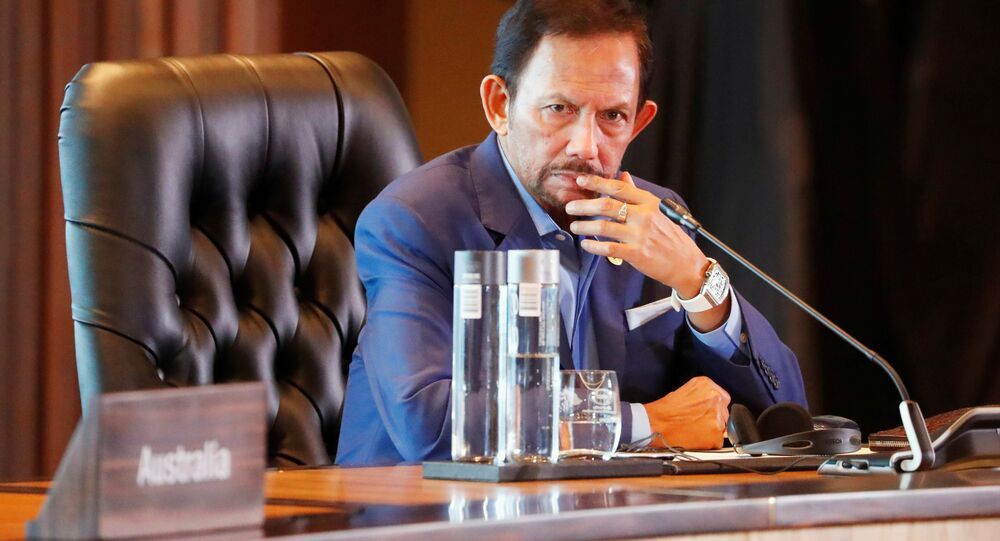 After a month of international outrage, Sultan of Brunei Hassanal Bolkiah announced the country will not enforce recently enacted laws calling for the death penalty as punishment for gay sex and adultery.

Bolkiah's office issued a statement Sunday providing "clarification" to the country's Syariah Penal Code Order (SPCO) 2013, which was not enacted until April 3, 2019.

Within the SPCO, married people who engage in gay sex, known as "liwat," or adultery, "zina," are both subject to "stoning to death witnessed by a group of Muslims."

"I am aware that there are many questions and misperceptions with regard to the implementation of the SPCO. We have given clarification to this. We are conscious of the fact that misperceptions may cause apprehension. However, we believe that once these have been cleared, the merit of the law will be evident," the sultan's announcement, issued as the month-long observance of Ramadan began, reads.

Maintaining that the laws are meant to "uphold the objectives of Syariah which are to protect religion, life, lineage, property and intellect," Bolkiah asserts the death penalty by stoning was included as a type of deterrent for the act rather than a promised punishment.

The UN reports the last known execution in Brunei occurred in 1957, 10 years prior to Bolkiah occupying the throne.

The sultan notes that the country has, for over 20 years, maintained a moratorium on the death penalty for cases under common law and will extend the same to the SPCO.

It's not clear if the moratorium was applied to sharia law prior to Bolkiah's "clarification."

The sultan's announcement follows international backlash from many individuals and organizations ranging from celebrities to the European Parliament.

Actor George Clooney, musician Elton John and talk show host Ellen Degeneres were among the most vocal individuals opposing the enforcement of the stoning law. All three used their influence to urge the public not to patronize several hotels owned by Bolkiah — one of the world's wealthiest individuals.

Despite the Brunei government's clarification on its moratorium application, organizations such as the Human Rights Watch (HRW) and Human Rights Campaign remain opposed to the SPCO. HRW's Deputy Asia Director Phil Robertson went even further in a Monday tweet, saying Brunei's announcement is proof that sharia criminal law "should be scrapped" and is "a rights abusing monstrosity reminiscent of a medieval yesteryear."