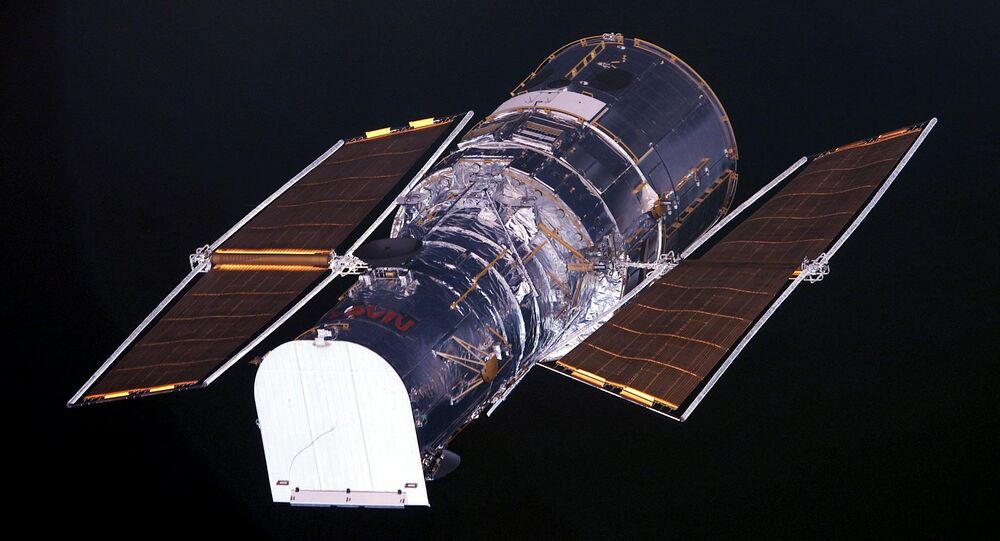 Pakistan's Science Minister Fawad Chaudhry’s apparent unawareness about space missions has turned out to be a bit too much, as the Twitterati have made him the subject of ridicule and nasty suggestions.

New Delhi (Sputnik): A torrent of memes and trolling posts made their way to the Internet following Pakistan Science and Technology Minister Fawad Chaudhry's claim on Sunday that the world's biggest telescope was sent into space by his country's space agency, SUPARCO (Space and Upper Atmosphere Research Commission).

Participating in a prime-time TV show, the Pakistani minister revealed that he had little awareness of the fact that the world's biggest telescope — the Hubble Space Telescope — had been sent into space by the US space agency NASA.

"… one of the ways to see is the Hubble Telescope, which is the world's biggest telescope and was sent (into space) by Suparco, which is installed in a satellite", Pakistani channel Geo News quoted Science Minister Chaudhry as saying during an interview.

Hubble Space Telescope was sent into space by Suparco instead of NASA. Just give Fawad Chaudhry Nobel prize for science and technology already! pic.twitter.com/2PRXhx6cBP

Twitter user jamal.khan termed Minister Chaudhry's comment as hilarious and incredible. He even remarked that the minister was worth being sent into space by Pakistan's Prime Minister Imran Khan.

You have really surpassed all your predecessors. Just a few days under your patronage we realized that SUPARCO has sent 'hubal' telescope into space.. Incredible. Mr. PM @ImranKhanPTI should send such discoverer into space as a reward..! #Pakistan @MaryamNSharif

A ​Pakistani journalist and writer Nasim Zehra, who hosts a prime-time current affairs talk show on Channel 24, also took to the micro-blogging platform to remind the minister that there is no collaboration between SUPARCO and NASA.

About the Hubble Space Telescope | NASA. Must read this ⁦@fawadchaudhry⁩ — there has been no known collaboration between NASA and SUPARCO… https://t.co/zxK7nymMGv

​Another Twitter user said that the minister's hilarious comment is a major embarrassment even for the Pakistani prime minister and his government.

Imran Khan and his team are an utter embarrassment pic.twitter.com/efcRAk62zc

​Former Senator and Defence and Political analyst Colonel (Retired) Tahir Mashhadi remarked that the minister needed to be put in the Hubble and left in space.

SUPARCO made a small mistake, they should have put him in the HUBBLE to make it into a manned orbit

​Junaid Daud, an academic in charge of student placements at Cummins, had some advice for the minister as he said Fawad Chaudhry needed to get his facts right, especially as he holds an important position in the Pakistani government.

Did i just hear @fawadchaudhry saying that Hubble (the telecsope obv) was sent by SUPARCO?
As our minister of science and technology can you please get stuff like this right?
btw #RamadanMubarak

​Another twitter user said that Minister Chaudhry had brought shame to Pakistanis the world over with his latest faux pax.

This isn't any more. @fawadchaudhry has made a mockery of Pakistanis. It's shameful that he didn't even bother to read anything on this matter. No Hubble Space Telescope was not sent by Suparco and it's NOT a durbeen (binocular)!!!

​Hubble is the first major optical telescope to be placed in space, having an unobstructed view of the universe. Scientists have used Hubble to observe the most distant stars and galaxies as well as planets in our solar system.

READ MORE: Malala Called Out for Her Disinterest in Abduction & Forced Conversion of Girls

Hubble's launch and deployment in April 1990 marked the most significant advance in astronomy since Galileo's telescope.

Established in 1961, the Pakistan Space and Upper Atmosphere Research Commission (SUPARCO) is the country's national space agency. It was granted the status of a commission in 1981. SUPARCO is mandated to conduct research and development in space science, space technology, and their peaceful applications in the country. It works towards developing indigenous capabilities in space technology and promoting space applications for socio-economic advancement of the country.