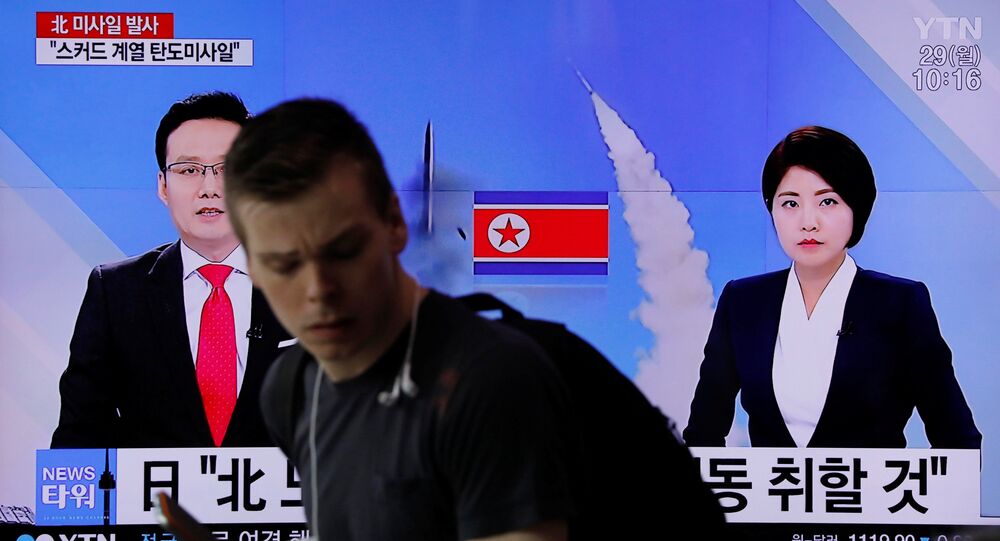 "The North Korean government has launched a short-range missile in the east of Hodo Peninsula (Gangwon-do, Wonsan) at 9:06 am today," South Korea's Joint Chiefs of Staff said earlier on Saturday. They further said that South Korean and US authorities are "analyzing details of the missile."

​The last time the socialist country fired a missile was November 28, 2017, when it fired a Hwasong-15 intercontinental ballistic missile eastward over northern Japan. North Korea placed a moratorium on tests last year amid a warming of tensions between Pyongyang and both Seoul and Washington — a warming that led to several rounds of peace talks and negotiations as well as the demolition of several key sites for the country's missile and nuclear weapons programs.

On February 28, the latest round of talks between North Korean leader Kim Jong Un and US President Donald Trump, who met in Hanoi, Vietnam, fell apart. Observers feared the collapse of negotiations heralded a renewal of Pyongyang's weapons programs, but while reports hinting at a revival of some facilities have trickled out, no firm move either way had yet been made before Saturday's test.