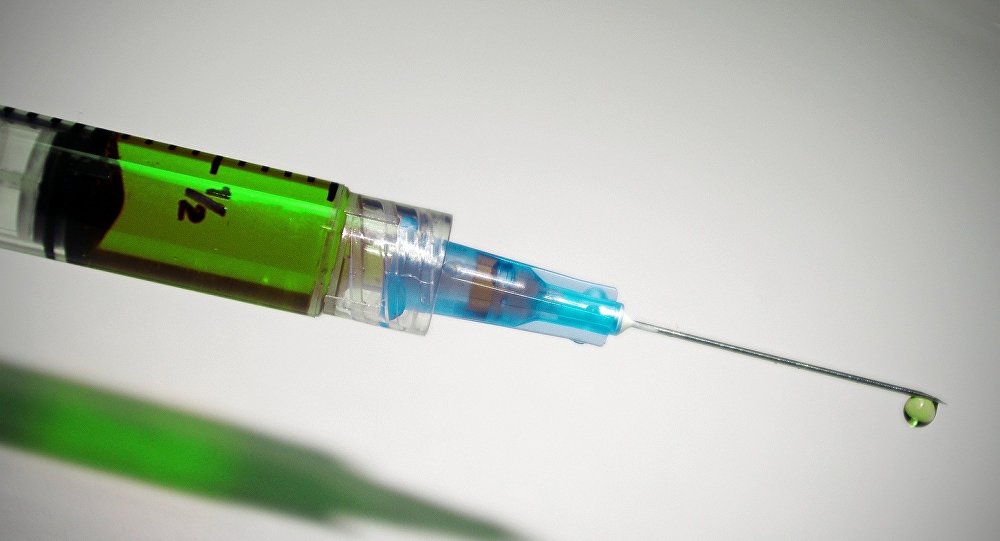 The children, aged between two months and eight years old, were taken to a man posing as a doctor in the area. The man used a single drip kit and a single syringe on all of the children, according to the local health minister.

New Delhi (Sputnik): A person with HIV has been arrested in Pakistan's Sindh Province for allegedly spreading the virus to 15 children while pretending to be a doctor, according to a report in Dawn.

READ MORE: Indian Quack May Have Infected an Entire Village with HIV — Reports

The accused, identified as Muzaffar Ghanghar, was arrested in Larkana district of the province for spreading the HIV virus, using contaminated syringes. He was employed at a public hospital and arrested this Tuesday after authorities tried to ascertain the reason for the spread of the virus among the residents of Ratodero and Naudero last month.

© CC0
Two Clients Diagnosed With HIV After ‘Vampire Facials’ at Now Shutdown US Spa
Delivering her ministry's policy statement during the Sindh Assembly's session, Health Minister Dr Azra Pechuho said, based on reports of HIV affecting so many children in Larkana district, a team comprising specialists and officials was sent to Ratodero and Naudero.

The minister said some 93 people were tested positive for HIV in the affected areas during the community screening, of whom 67 are children.

The minister also added the World Health Organisation traced the HIV virus in the area.

Pakistan registers approximately 20,000 new HIV sufferers annually, as per data available from the WHO, which is the highest rate of all countries in the region.

Second Ever Patient May Have Been Cured of HIV - Reports