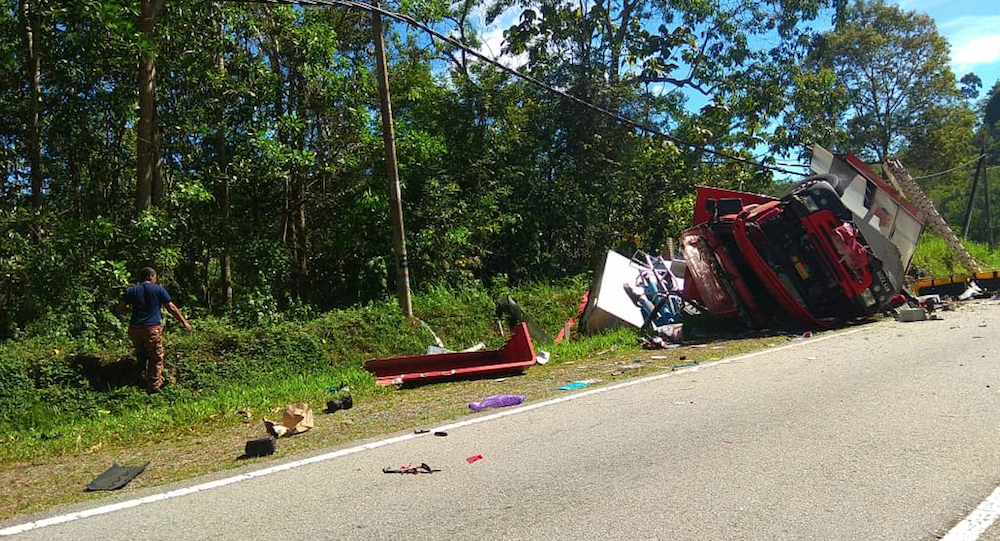 A fire truck, which was heading to the city of Gerik in the west of Malaysia, was attacked by monkeys, as a result of which the engine broke down and the car overturned, according to Bernama state news agency.

Five firefighters in Malaysia were injured in an accident that happened because of a monkey attack on their car, Malaysian state news agency Bernama reported citing police.

The fire truck was damaged and the firemen have been transferred to Hospital Gerik.

"Ahmad Suhaimi Ibrahim, 51, (the driver) and Mohd Firdaus Mohd Sarif, 30, suffered broken left legs; Mohd Nizam Zakaria, 48, injuries to his face, teeth and gums; Sirol Aflah Abu Hassan,37, to his head; and Mohamad Azizul Mohamad Ali, 21, bruises to his leg. Investigations reveal the driver tried to avoid the monkeys but lost control of the vehicle at a bend on a hill", Gerik district police chief, Supt Ismail Che Isa said in a statement.

Do I Look Like a Monkey to You? Golden Retriver Refuses to Eat Banana