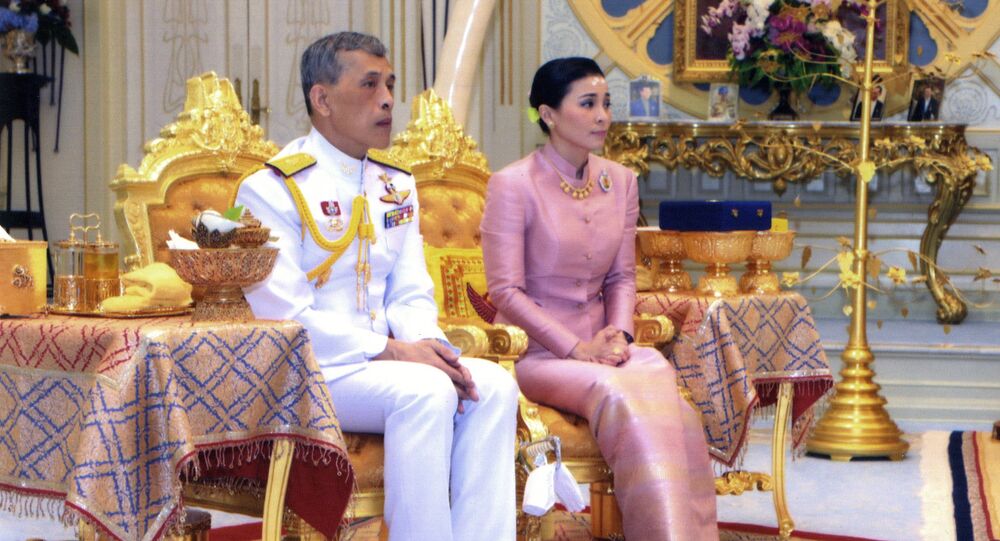 King Maha Vajiralongkorn formally took the throne in December 2016, two months after the death of his father, King Bhumibol Adulyadej, in October 2016.

Suthida, a 40-year-old former Thai Airways flight attendant and military officer, was appointed deputy commander of the king's household guard in 2014. Thai media speculated about the nature of their relationship for years following Vajiralongkorn's divorce from his former wife Srirasmi Suwadee in 2014, but these reports were never confirmed.

His Majesty King Maha Vajiralongkorn Bodindradebayavarangkun has announced his marriage to Gen Suthida Vajiralongkorn na Ayudhya, who is now known as Queen Suthida, according to a royal statement.

Suthida became commander of the Special Operations Unit of the King's Guard and promoted to the rank of full general in December 2016, shortly after Vajiralongkorn's ascendancy to the throne, and bestowed the royal rank of Than Phu Ying ('High Lady').

Vajiralongkorn, 66, took power the throne two years ago, after the death of his father King Bhumibol Adulyadej, who served as Thailand's king from 1946 until his death in 2016.

Vajiralongkorn and his bride will take part in a lavish $31 million coronation ceremony on Saturday, with some 150,000 people expected to attend the public ceremony at the Sanam Luang public square in front of the Grand Palace in Bangkok. The formal ceremony is expected to run until Monday.

King Vajiralongkorn, who is the oldest Thai monarch to ever take the throne, was married and divorced three times before his marriage to Suthida, and is father to seven children. He is also believed to be the world's richest monarch, with Business Insider estimating the total holdings of the Crown Property Bureau to amount to over $30 billion.