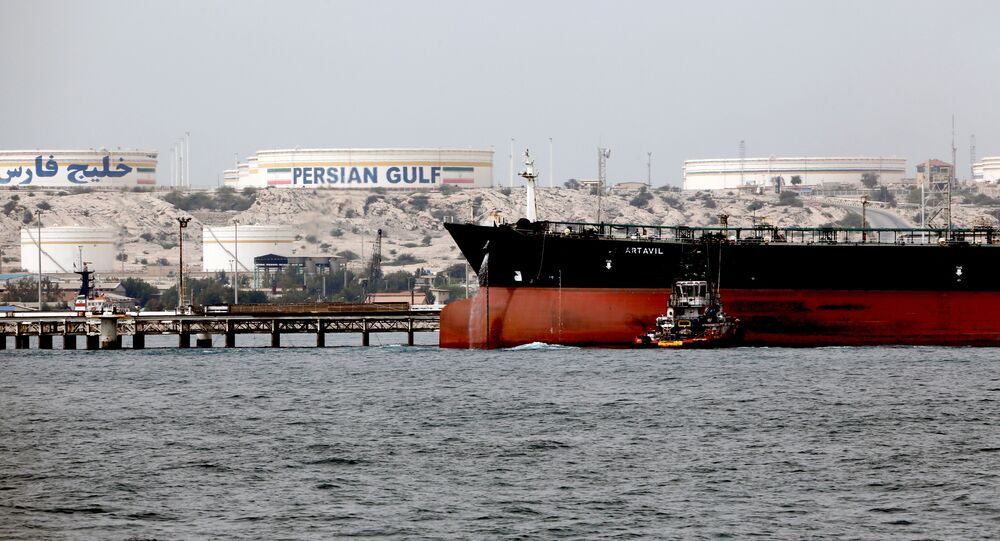 In a phone conversation, Indian External Affairs Minister Sushma Swaraj asked her US counterpart Mike Pompeo for a relaxation of sanctions considering that a government with a new mandate would soon be elected in the country.

New Delhi (Sputnik) The government of India has urged the US to continue with its special waiver of Iranian sanctions for some more time in light of the ongoing parliamentary elections, reports Indian daily The Hindustan Times. However, America's top diplomat was non-committal during the conversation, the newspaper added further.

Swaraj explained India's political and economic conditions to Pompeo while asking him to continue the waiver, as after the 23 May poll results, a new government with a fresh mandate will take a call on the issue.

It was also emphasised that it would not be an easy task for India to arrange a replacement for 23.5 million tonnes of oil — the amount supplied by Iran annually — from an alternative source.

Waivers for Iranian oil exports to countries like India, China, and Japan will come to an end on 3 May, and these countries will have to replace the annual intake from Iran with some other sources.

© AFP 2021 / Ryad Kramdi
EXCLUSIVE Saudi Oil Minister Vows to Substitute Iranian Crude Exports on Market
Meanwhile, Saudi Arabian Minister for Energy, Industry, and Mineral Resources Khalid Falih has told Sputnik that the kingdom is ready to meet the demands of those customers who are substituting Iranian barrels for Saudi barrels, but the output revision under OPEC plus one will happen only after July this year.

The US has advised Iranian crude oil buyers to stop purchases, which were granted under the sanction waivers.

"We have had extensive and productive discussions with Saudi Arabia, the United Arab Emirates, and other major producers to ease this transition and ensure sufficient supply", the US Department of State said.

Soon after the US announcement, India's Minister for Petroleum and Natural Gas Dharmendra Pradhan said that India would fill the gaps left by Iranian oil with imports from other major oil producing nations, saying that "Indian refineries are fully prepared to meet the national demand for petrol, diesel and other petroleum products".