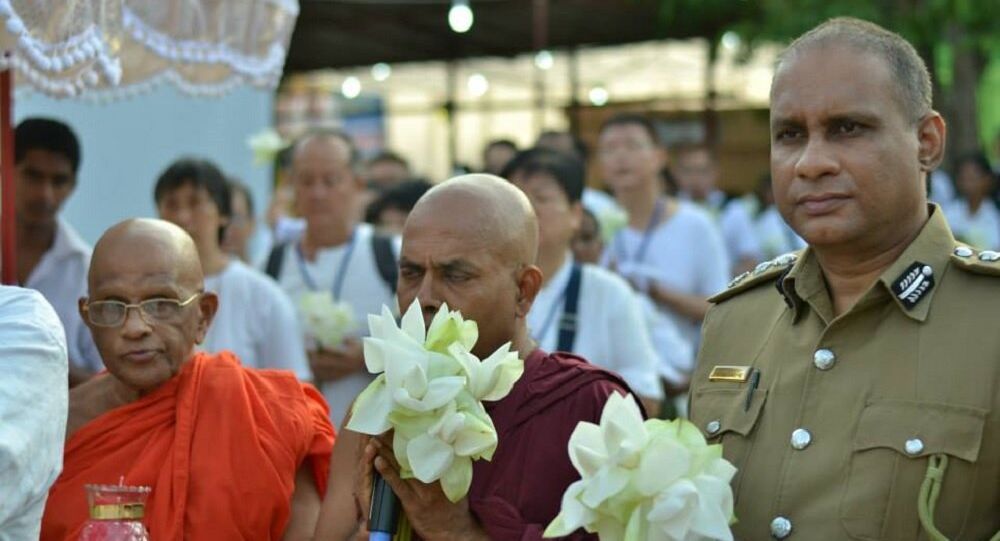 © AFP 2021 / Ishara S.KODIKARA
Sri Lanka Bans All Clothing Covering Face Under Emergency Regulations
Both officials were asked to resign by the president due to their failure to prevent the coordinated terrorist attacks that resulted in hundreds of deaths. According to Sirisena, neither Jayasundara nor Fernando had provided him with any intelligence data regarding the attacks, which, according to media reports, was available before the tragic events.

Sri Lankan Economic Reforms and Public Distribution Minister Harsha De Silva said last Monday that Indian and US intelligence services had briefed Sri Lanka on the terrorist attacks being plotted ahead of their execution. According to the minister, the information from foreign intelligence agencies did not get communicated to the right people, in particular, Sri Lanka’s prime minister and president.

Sri Lanka launched a criminal investigation immediately after the attacks, having already arrested over 100 suspects. According to prosecutors, nine suicide attackers carried out the bombings, eight of whom have already been identified.