According to Daily Mirror, local police conducted a series of counterterrorism raids following the deadly Easter Sunday blasts, and several sets of women's white clothing, often worn by Buddhists during ceremonies in Sri Lanka, were discovered during a search of one house.

The publication further said Muslim women purchased nine sets of such clothing from a textile shop in Giriulla on 29 March.

A series of deadly blasts hit the country on 21 April, leaving over 250 people killed and about 500 injured nationwide. On Friday, three more explosions rocked the country's eastern city of Kalmunai during a police raid against militants. 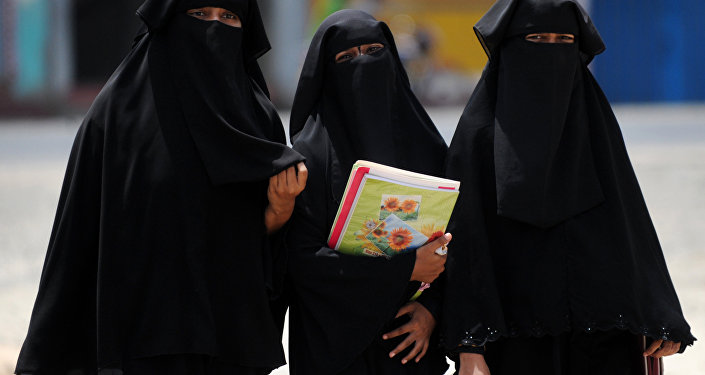 © AFP 2019 / Ishara S.KODIKARA
Sri Lanka Bans All Clothing Covering Face Under Emergency Regulations
According to prosecutors, nine suicide attackers carried out the bombings, eight of whom have already been identified.

Following the explosions, Sri Lankan President Maithripala Sirisena has banned allegedly Daesh-linked* National Thowheedh Jamaath and Jamathei Millathu Ibrahim organisations which are suspected of being behind the deadly attacks.