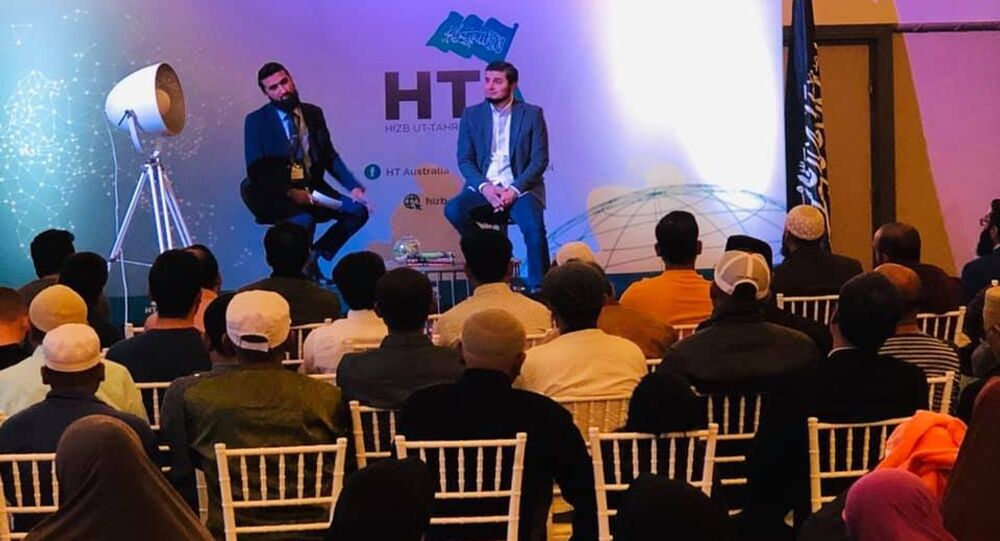 Islamist group Hizb ut-Tahrir Australia held a conference in Sydney a few days after it announced that its Australian spiritual leader Ismail al-Wahwah had been released from a Jordanian prison, where he had been held since July 2018.

Hizb ut-Tahrir Australia (HTA), which is considered to be a radical Islamic group that has come under scrutiny from the Australian government, held a conference in Sydney on 27 April to speak out against diversity, the West, and for the need to implement Sharia law.

During the four-hour "Unapologetically Muslim" conference, HTA spokesman Wassim Doureihi, whose name hit world headlines in 2014 after he refused to denounce Daesh* in Syria and Iraq, told the audience, “the West has its boots over [Muslims’] necks", and voiced his support for a so-called Hudud, an Arabic word which refers to punishments under Sharia law, that can involve chopping off a hand for stealing.

"We’ve probably bought into the lie that is tolerance, diversity and multiculturalism. We’re sold the rhetoric of acceptance of diversity, and different people’s and different opinions and different religions but not realising the reality of what that entails", he said.

While saying that "we don't want to be accepted", Doureihi claimed that Australia’s three largest parties "support wars against the Muslim world, and all of them are contributing to the Islamophobia in which [Muslims] exist today".

Doureihi told the audience he discouraged his own children from singing Australia's national anthem at school, and said that it was oppressive to Muslims.

"My kids go to a public school and every so often, I think it's once or twice a year, whatever it is, they play the national anthem. Personally, out of respect, my kids will stand up but they won't sing. Should we stand up and sing along? Or should we take a position that expresses our resistance against what the national anthem represents? It's colonialism. As Muslims we are under the spotlight and as Muslims we have to take positions on things that are not going to be comfortable", he said.

The conference was held despite a 2016 New South Wales Civil and Administrative Tribunal ruling which found HTA's gender segregation policies at public events were a form of unlawful sex discrimination.

© Photo : Pixabay
Council of Europe Condemns Sharia Councils in UK for Contradicting Human Rights
It came just three days after Hizb ut-Tahrir announced its Australian spiritual leader Ismail al-Wahwah, who once called on a Turkish audience to lead "the armies of jihad that will conquer Europe and America", had been released from a Jordanian prison.

He was detained at Amman Airport in July 2018 while travelling in the country with his wife and has remained in Jordanian custody ever since. It, however, remains unknown whether he is now trying to return to Australia.

The Islamist group seeks to replace world governments with a global caliphate ruled by Sharia law, and its "Draft Constitution of the Khilafah State" suggests punishing ex-Muslims, who they call "apostates" by death, as well as introducing gender segregation.

The group is banned in Jordan, where it was arrested, along with a dozen other countries, including Muslim-majority nations like Indonesia, Pakistan, and Bangladesh.