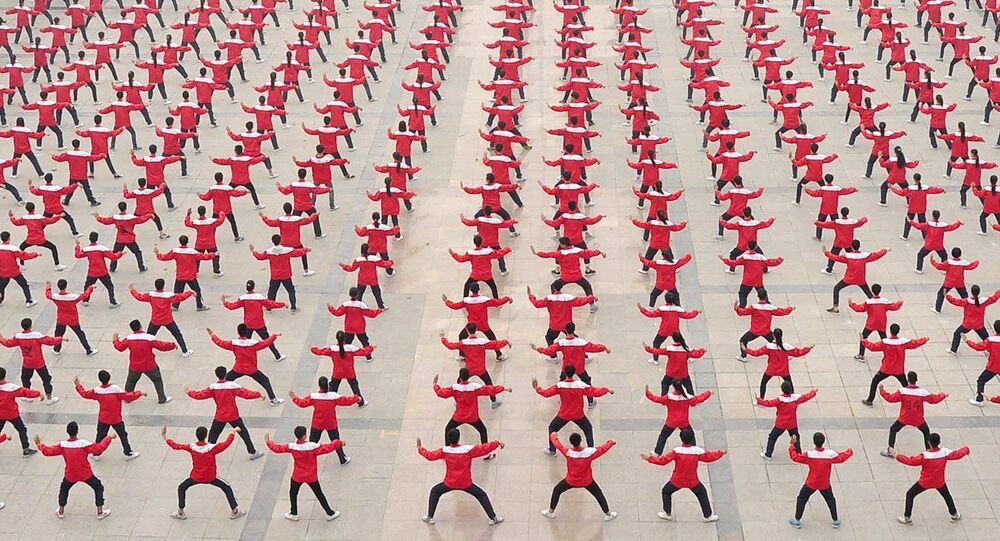 Chinese state-run television blasted the new generation of young men who present an effeminate appearance, reflecting a sentiment popular among the elderly.

Tang Haiyan, a Beijing-based parenting coach, has set up a children's club aimed at converting boys into full-fledged "alpha males," the Los Angeles Times reported Friday. Through tough but diverse physical training and teamwork, the boys are expected to transform into masculine men who won't display the effeminate traits commonly found among Chinese celebrities influenced by South Korean pop stars.

The emergence of the club is a reflection of a nationwide debate, with some people criticizing Chinese young men for adopting effeminate traits such as wearing earrings or makeup and following TV, film and pop idols influenced by K-Pop stars.

"If you are promoting these effeminate figures," says Tang, who dubbed his club a "reserve for alpha males," "it's a calamity for our country."

According to Tang, boys in China are "betrayed" by an education system in which teachers — predominantly women — encourage girlish "good" behaviour and punish boyish "bad" behaviour. In his club, which has some 2,000 to 3,000 members, he encourages boys to face challenges in a "manly" way, which he defines as being brave, responsible and committed, the LA Times reports.

In China, a School Trains Boys to be ‘Real Men’: Employing American football and chest-thumping chants, Tang Haiyan offers an answer to a country that worries that its sons are too coddled and feminine. “We will never cultivate sissies,” he says. https://t.co/8HXcjC4Rqc pic.twitter.com/hsCdIcx6xQ

​The challenges include American football, wrestling, boxing and annual treks through the desert and mountains.

The celebrities in question, sporting "delicate beauty, dyed hair and haute couture wardrobes," have massive popularity among Chinese women, but state-run media have criticised this kind of image, blasting it as "sick" and "decadent," the LA Times reports, adding that one Chinese video streaming website even began blurring earrings worn by men.

© Sputnik / Alexandr Demyanchuk
Russia, China Launch Bilateral Yuan Fund - Russian Direct Investment Fund
Some say the fear of effeminate men stems from historical insecurity about Chinese power. Over the course of its history, China suffered from the notorious Opium Wars and from being dominated by foreign imperial powers.

"They're worrying that if Chinese men are so effeminate… then we will become a weak country in the future and we cannot compete with our rivals," Song Geng of the University of Hong Kong said, according to the LA Times. "There's anxiety about the virility of the nation being harmed by those effeminate male images."

"We need to be aware of this effeminacy before it's too late and deal with it," Wang said, urging his colleagues to look to Hollywood for "alpha male" characters.

"It's created the impression that Chinese men are all weak, irresponsible and indifferent," he warned. "Male actors represent national ideology. We cannot encourage the younger generation to look up to them as role models."