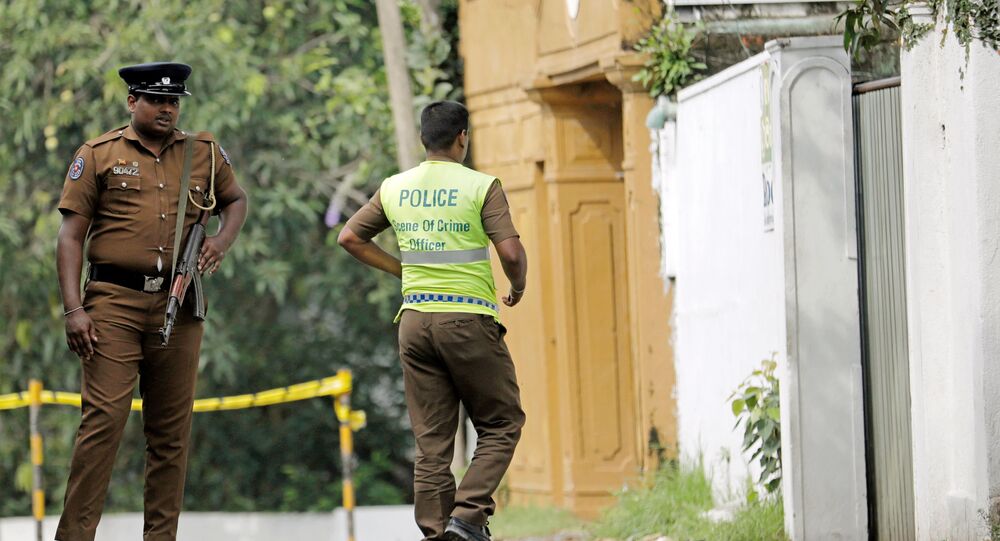 The explosions take place just days after a massive terrorist attack in Colombo, leaving 253 people dead and over 500 injured. Colombo launched a massive security operation in the wake of the tragedy and imposed curfews and deployed an extra 1,000 troops to the capital.

According to News1st media outlet, citing an army representative, three explosions have occurred in the city of Kalmunai in eastern Sri Lanka.

Local media reports, citing police, that the suspects blew themselves up at the begining of a major gunfight when security personnel, including the military, attempted to raid a location believed to have been used for the manufacture of suicide vests.

Security personnel seized clothing and flags linked to Daesh* terror group, 150 gelignite sticks, 100,000 iron balls, drones and at least one suicide vest during a raid in the same locality.

According to the latest information, Sri Lanka's police have arrested over 70 people during massive search operations across the country since April 21, when the island nation witnessed six blasts in churches and hotels. According to intelligence data, the threat of more terror attacks looms large over Sri Lanka.