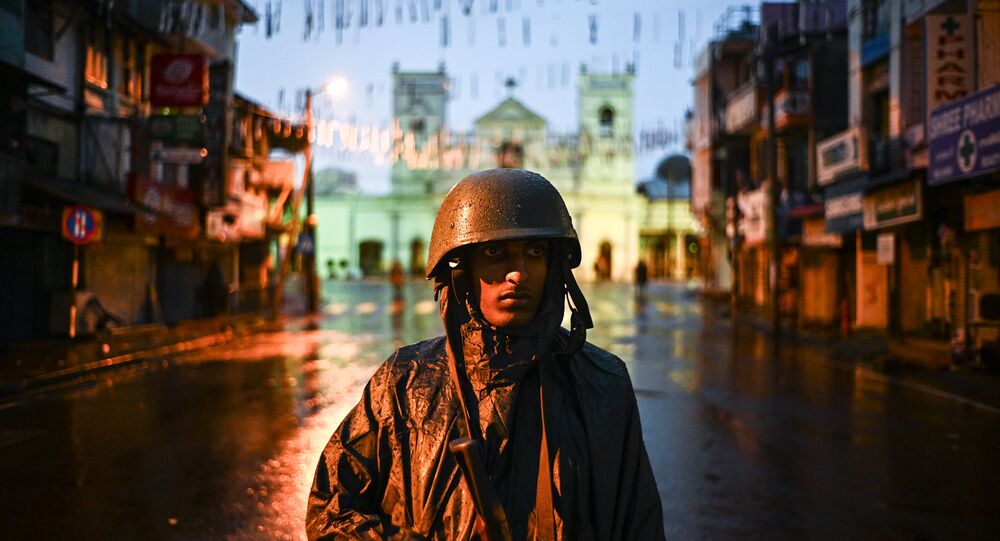 The brother and private secretary of Sri Lankan Minister Rishad Bathiudeen, who was taken into custody by the army and handed over to police for questioning in connection with the deadly explosions that shook the island nation, has been released after obtaining a statement, according to media reports.

New Delhi (Sputnik): Earlier this week, Sri Lankan media reported that Minister Rishad Bathiudeen, who looks after industry and commerce, resettlement of protracted displaced persons and cooperative development in Sri Lanka's Cabinet was also questioned by police, something which he categorically denied.

"I strongly condemn such false accusations. Sadly, the people, such as me, who had always opposed terrorism are now accused of having links with terrorists", Bathiudeen said on 24 April.

There could be no political campaign worse or cheaper than accusing him of terrorist links over a photo of an official meeting, the minister added.

© AP Photo / Lefteris Pitarakis, pool
Sri Lankan President Rules out Help of Foreign Troops to Weed out Daesh Suspects
As of Friday, Sri Lankan police have arrested over 70 people during the massive search operation across the country since 21 April.

On Friday morning, police say they found 46 swords and arrested a suspect from Slave Island during a search operation.

Authorities had earlier said that the attack killed 359 people, but Director General of Health Services Dr Anil Jasinghe said on Thursday that the toll was "around 253" and that the larger death toll was released as a result of "a calculation error" due to morgues.