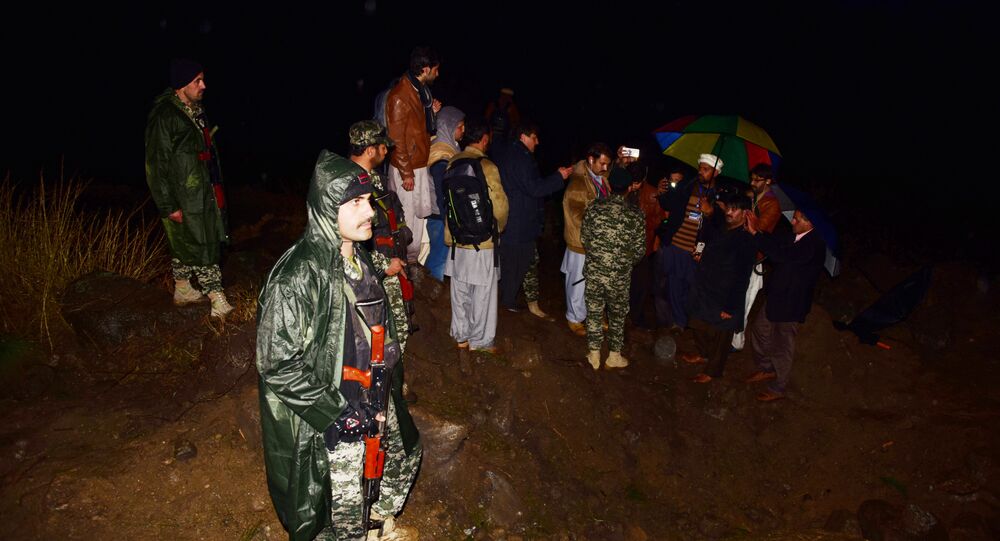 Tension has failed to die down between India and Pakistan over the IAF's 26 February air strikes. India called it a pre-emptive strike, aimed to prevent more terrorist attacks from the Pakistan-based militant group JeM. Pakistan views India’s claim as self-serving, reckless and meant for domestic consumption only.

New Delhi (Sputnik):  An Indian Air Force (IAF) aircraft hit five of six designated buildings inside the alleged Jaish-e-Mohammad (JeM) terror training complex in Balakot, a town in Pakistan's Khyber Pakhtunkwa Province, an IAF review has found. As per the operational plan, the objective was to use six Israeli Spice 2000 Penetrator type Precision-Guided Munitions (PGMs) to hit the targets, a report in the Indian English Daily Indian Express quoted sources as saying.

The IAF review further states that the missiles struck five of the six Designated Mean Points of Impact (DMPI) on the buildings in the JeM terror-training complex in Balakot on 26 February.

The detailed review focuses on the strengths, weaknesses and lessons learnt from the IAF air operation, the Indian daily reported, citing two unnamed sources conversant with its preparation.

The report suggests there could have been better weapon-to-target-matching and a better feedback loop to win the ongoing propaganda war between India and Pakistan.

© AP Photo / Anjum Naveed)
'Better Late Than Never': Pakistani Military Spokesman Says India Has Finally Backed Down on Balakot Strike Claim
It also lauds the Indian Air Force for maintaining an element of surprise, ensuring the security of operations, the pilot's proficiency and the weapon's accuracy in hitting the designated targets. It also features hitherto unpublished details of the operation, based on extensive debriefing and assessment.

"In hindsight, we achieved our aim, hitting five of the six DMPIs. Only one was unused. But considering the nature of the propaganda war that needed to be won, we could have used a weapon which would have flattened the target and we could have also sent a platform that gets us clear images or video of the destruction," the daily reported, citing sources.

The IAF review also says that the security of the operation was of the highest order, with no breach of communication networks despite involvement of over 6,000 people one way or the other. It also reveals that the actual target at Balakot was known to less than 10 persons at the Air Headquarters (AHQ).

Interestingly, since the 26 February air strike, a controversy continues to fester between India and Pakistan over the veracity of the attack.

© REUTERS / Planet Labs Inc.
WATCH Pakistani Military Show Indian Bombing Site in Balakot to Diplomats, Journalists
While Pakistan continues to remain in a state of denial about the impact of the Indian air strike and has warned India to expect retaliation at the time of its choosing, India has been providing documentary proof of the strike at different intervals over the past two months.

Tensions have persisted between the two nuclear-armed neighbours since the killing of over 40 Indian security  personnel by a suicide bomber in the Pulwama district of Jammu and Kashmir state on 14 February resulted in an Indian response in the form of an airstrike almost two weeks later (26 February). This was the first such attack in Pakistan since 1971.

India maintains that its pre-emptive air strike was carried out following a credible intelligence that the JeM terror group was training fighters for launching more such attacks at the site.

Pakistan asserts that India's claim that it had hit a terrorist training camp at Balakot was "a self-serving, reckless and fictitious claim". It also says that this action was done for domestic consumption in the election environment, putting regional peace and stability at grave risk.