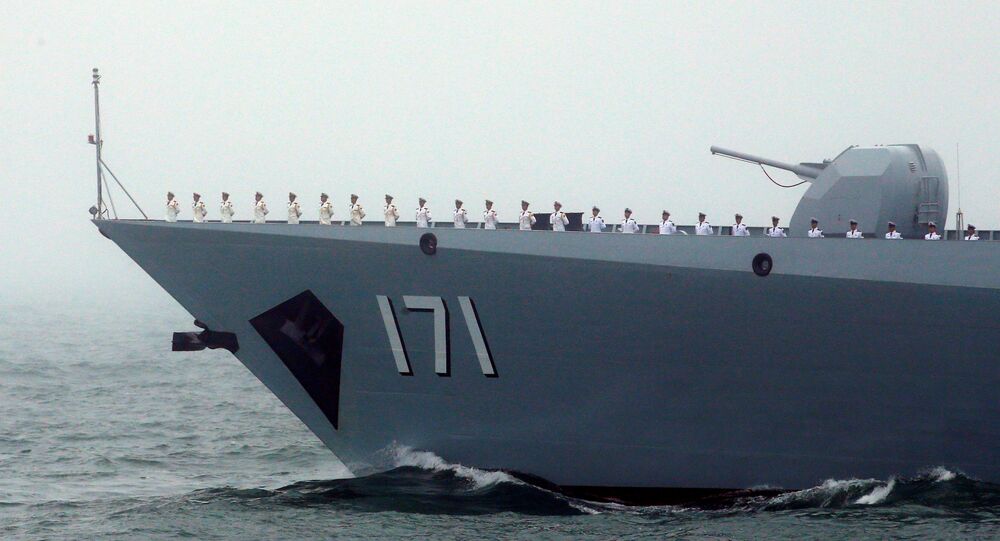 The development comes after Taiwan scrambled warplanes late last month to "drive away" two Chinese fighter jets which it said flew past a maritime border in the Taiwan Strait.

The Chinese navy warned off a French warship which entered the Taiwan Strait earlier this month, Beijing said on Thursday, adding that it had submitted an official protest to Paris over the move.

According to the Chinese Defence Ministry, the French warship “illegally entered China's territorial waters” on 7 April.

This comes after Taiwan's Ministry of National Defence (MND) said earlier this month that two Chinese J-11 fighter jets had crossed the Taiwan Strait's "median line" on 31 March, prompting Taipei to scramble several aircraft in order to intercept the warplanes.

Also, the 7 April French warship incident comes amid regular passages by US Navy ships through the strategic waterway. In late March, the US Navy's Seventh Fleet said in a statement that they had sent the naval destroyer USS Curtis Wilbur and the Coast Guard cutter Bertholf through the Taiwan Strait.

The statement pointed out that the ships had “conducted a routine Taiwan Strait transit [on] 24-25 March (local time) in accordance with international law.”

Beijing made a representation to Washington over the US warships’ passage, Chinese Foreign Ministry spokesman Geng Shuang said.

He added that Beijing urges the US to “honour the ‘One China’ policy and three joint Chinese-US communiques [on the issue] and be prudent about the Taiwan issue in order to avoid the deterioration of Beijing-Washington relations and damage to peace and stability in the Taiwan Strait.”

U.S. Navy photo by Mass Communication Specialist 3rd Class Pat Morrissey
‘Psychological Game’: Chinese Media Blast US Navy Movement Through Taiwan Strait
The passage of US warships takes place amid ongoing tensions between Washington and Beijing as the two remain engaged in the process of negotiating a trade deal.