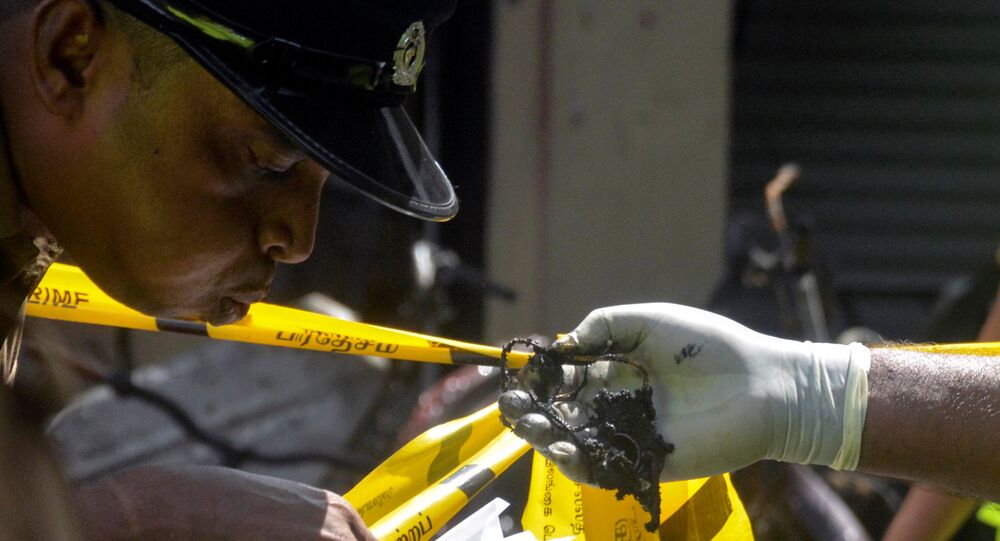 MOSCOW (Sputnik) - President of Sri Lanka Maithripala Sirisena announced that he would carry out changes among the heads of the country’s security forces within the next 24 hours following the deadly bombings that left at least 321 people dead and 500 wounded, Ada Derana said Tuesday.

"Our security forces constantly followed them and monitored them. However, the security forces did not possess enough evidence and clear information to take legal action against them. The activities of these persons were closely monitored at National Security Council meetings in the past years", the president said as quoted by Ada Derana portal.

Sirisena stated that security service did not inform him about the possibility of the bombing.

According to Harsha De Silva, the Sri Lankan minister of economic reforms and public distribution, foreign intelligence services of the United States and India briefed Sri Lanka on the terrorist attacks being plotted ahead of their execution. Sunday's deadly terrorist attacks were not a failure of the country's intelligence services but a failure to circulate information internally to people capable of taking action, the minister said in an interview with CNN on Monday.

On Easter Sunday, Sri Lanka was hit by a series of coordinated bombings in churches and hotels in the capital of Colombo and other cities. These were the worst attacks the country has faced since the end its 25-year-old civil war.