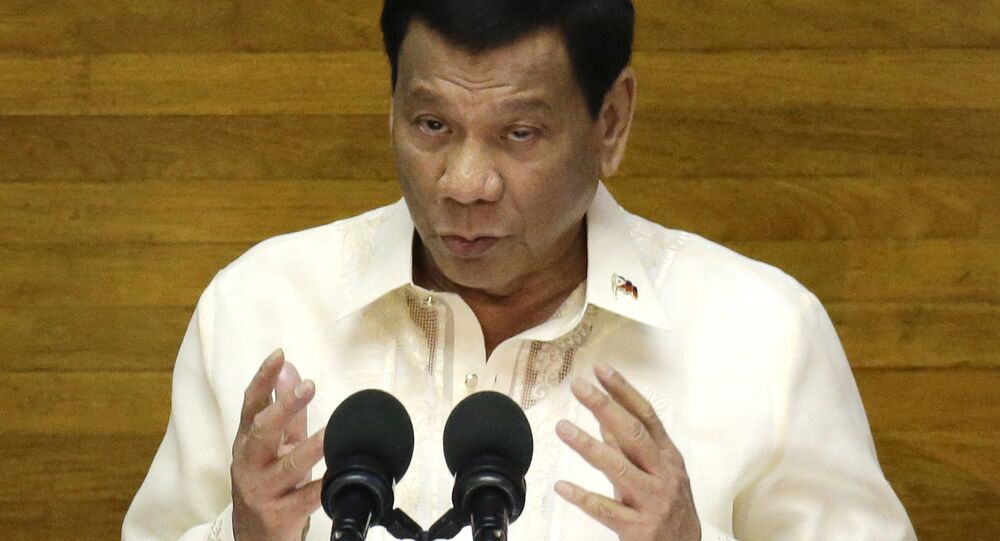 MOSCOW (Sputnik) - Philippine President Rodrigo Duterte said on Tuesday he would send back garbage that came to the Philippines from Canada and threatened to declare war against Ottawa.

"I give a warning to Canada, maybe next week, they better pull their thing up or I will set sail to Canada, I will pour their garbage there," the president said as quoted by Rappler portal, adding that he would declare war against the North American state if it gave no response.

He also advised Canada to get ready to receive the garbage. The president also ordered the container vans to drop the garbage near the Canadian embassy in Makati. Duterte also threatened to fire the customs personnel who were responsible for letting Canadian trash into the country.

​Recently, the Philippines has lashed out at Canada, saying that private importers have been smuggling tonnes of Canadian garbage into the Philippines for several years. Facing protests by environmentalists, Canada nevertheless has refused to have the trash back, justifying it by the authorities' inability to compel the private shipper to return the garbage.

The garbage reportedly consisted of used adult diapers, newspapers, plastic bottles and bags. According to some experts, the garbage violated international law and went against multiple parts of the Basel Convention, a 30-year-old treaty that prevents countries from shipping hazardous waste to the developing world without government consent.