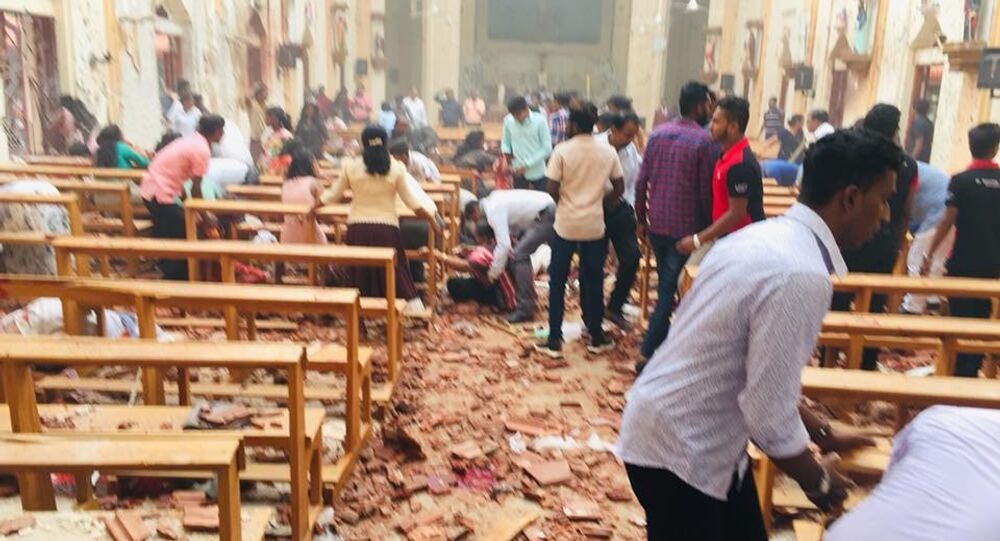 The country is in a heightened state of alert after the newest intelligence inputs from India. Police suspect that explosive-laden vehicles may have already entered Colombo. Important areas of the island nation are being cordoned off to ensure their security.

New Delhi (Sputnik): Two days after Sri Lanka's deadly Easter Sunday terror attack, Indian security agencies alerted Sri Lanka that another National Thowheeth Jamaath (NTJ) team led by Jalal-Quital, alias Rilwan Marzag, could carry out more attacks. A report in the English-language daily Hindustan Times carried a quote from an official stating that Noufar Moulvi, a noted, nefarious element in eyes of intelligence agencies, is the brother-in-law to another person of interest, Hashim, who recently returned to Sri Lanka from Qatar and had taken charge of the group.

Meanwhile, police in Colombo issued a high alert after an intelligence input that a lorry or a van suspected to be carrying explosives may have entered Colombo. All police stations in Colombo were informed of this after the information was received by the DIG in charge of Colombo.

© AP Photo / Eranga Jayawardena
Sri Lankan Minister Claims Easter Blasts Response to Christchurch Shooting, New Zealand Sees No Link
The police spokesperson said that instructions have been issued to the police stations around the country to look out for three motorbikes, one cab, and a van. The vehicle registration numbers of the said vehicles have also been provided to police stations.

The Sri Lanka Air Force has put a Bell 212 Helicopter on standby mode, awaiting any emergency. Air Force spokesman Group Captain Gihan Seneviratne assured that in event of a fire, a helicopter can be deployed as it can carry up to 9,000 litres of water.