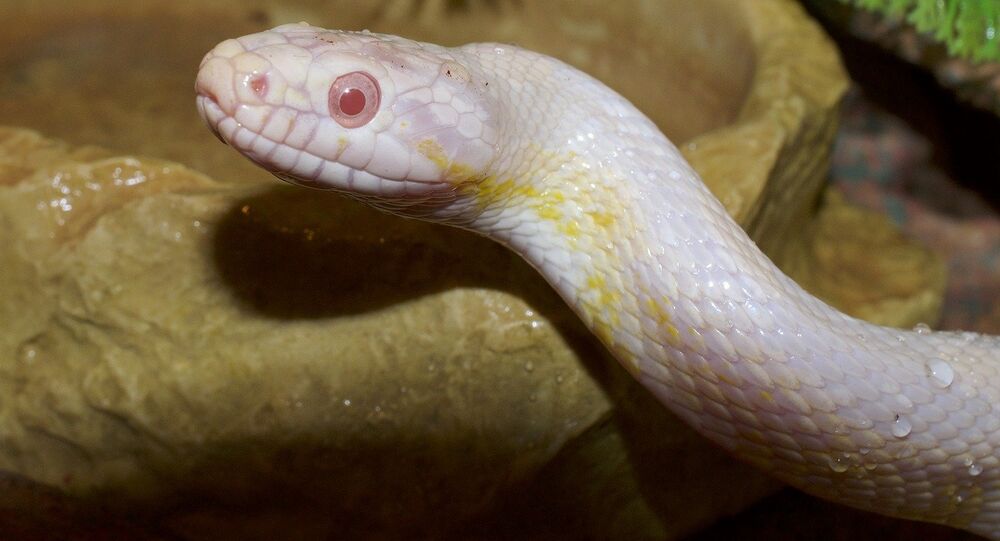 New Delhi (Sputnik) — A small snake was found inside a VVPAT machine on Tuesday, which triggered panic among election officials and voters at a booth at Mayyil Kandakkai in Kannur constituency in the south Indian state of Kerala, where the third phase of the 7-phase polling is underway, according to media reports. It is not yet clear how the snake had found his way inside the machine.

The snake was removed from the VVPAT machine and polling resumed at the booth.

© REUTERS / Adnan Abidi
Indian Man Chops Off His Finger After Voting For Wrong Candidate – Reports
The Kannur constituency is having a trilateral contest where sitting Member of Parliament P K Sreemanthy from the left-leaning CPI-M-LDF combine is facing K Surendran from the centre-left Congress-UDF and C K Padmanabhan from right-leaning BJP-NDA.

In another unrelated incident, a polling official in Etah in the north Indian state of Uttar Pradesh was injured and admitted to hospital when a fan fell on him inside a polling booth.

The third and largest phase of polling is underway for 117 parliamentary seats.

The first phase of the Indian general elections began on 11 April and the last phase is scheduled to be completed by 19 May. With a population of 1.3 billion, India is the largest democracy in the world and has around 900 million citizens who are eligible to vote in the 2019 general election to elect a new government for the next five years. The election results will be announced on 23 May.