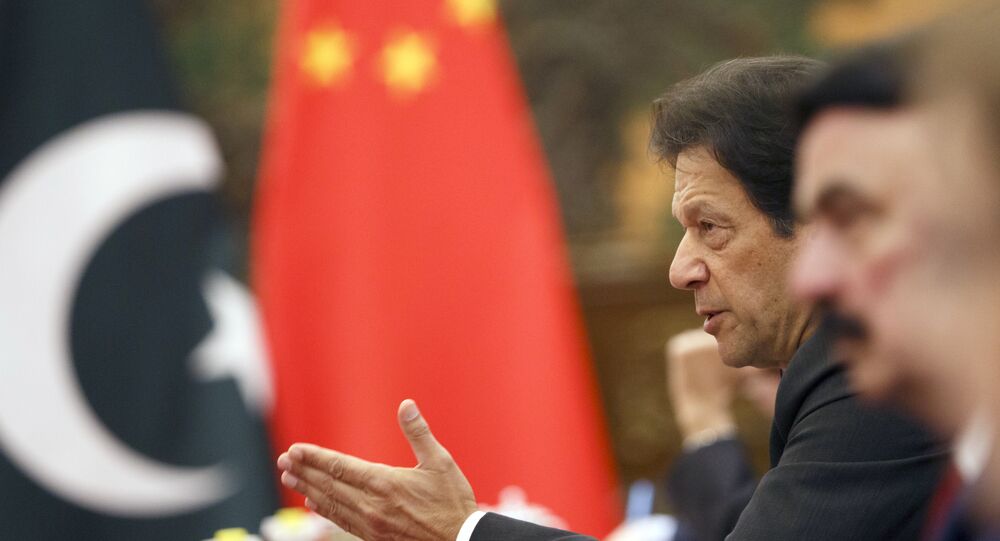 Beijing has pledged to provide some $62 billion in investment loans to Islamabad as part of the China-Pakistan Economic Corridor (CPEC), which is set to become a crucial leg of the broader Belt and Road Initiative, China's mega-project to connect the country with other parts of the world through massive infrastructure spending.

Debt-ridden Pakistan is looking forward to an inflow of Chinese investments under the CPEC, despite concerns that cooperation with Beijing would entail economic risks for the South Asian country.

Pakistani Prime Minister Imran Khan is expected to visit a Belt and Road forum in Beijing this week. Pakistan now plans to seek investment in sectors such as industry and agriculture from Chinese firms to "demonstrate the benefits flowing to the public", a Pakistani cabinet minister told Nikkei.

The CPEC includes a series of infrastructure projects (a reconstructed seaport, a network of highways and railways, power plants, solar farms, and pipelines).

Islamabad, which is facing a growing budget deficit and government debt, expects that the CPEC will bring roughly 700,000 jobs to the nation of almost 200 million within ten years and rejuvenate its ailing economy.

Imran Khan has obtained economic relief from China and Saudi Arabia through short-term loans, but observers say a financial bailout from the IMF is inevitable.

Last week, it was reported that Pakistan had reached an "agreement in principle" over a rescue package, which would come later this month.

Pakistan's plans to receive economic help from the IMF have provoked criticism from Washington. Three US lawmakers wrote a letter to Secretary of State Mike Pompeo, warning that the IMF's aid would be used to repay "predatory" Chinese loans and that Beijing uses economic pressure to affect its foreign policy decisions.

China, for its part, refutes such allegations. "This partnership relationship [with Pakistan] is not a geopolitical tool, but a platform for cooperation," Chinese Foreign Minister Wang Yi said on Friday. "You can't put hats like 'debt crises' on to the head of the Belt and Road."

Pakistani economists have struck a similar tone, saying that the country would pay off the IMF loan before repayments to China come due.

"Pakistan will be nowhere near taking up more than $60 billion in debt, which is the total planned cost of the CPEC. A large part of this will come from private investment in future economic zones and other ventures," noted Imtiaz Gul, head of the Islamabad-based think tank Centre for Research and Security Studies.

"Our research shows Chinese debt repayments will not be due before 2022, when the IMF programmme, which is likely to be of three years' duration, will be over. The interest rate on Chinese loans will be around 4 percent annually, which is affordable," he was quoted by Nikkei as saying.