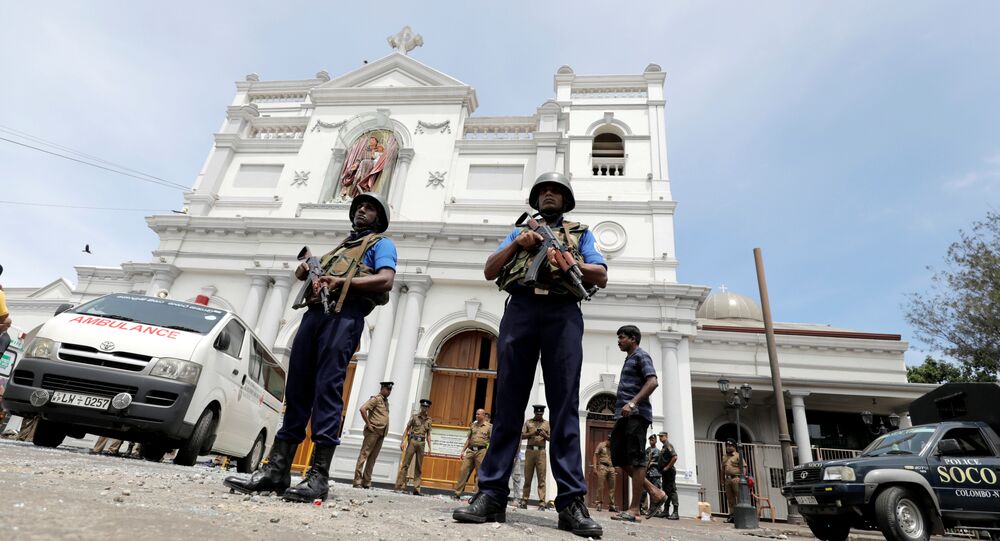 Sheikh Hasina confirmed that family members of her cousin Sheikh Selim were among the victims of the bomb blasts. Selim is a Member of Parliament in Bangladesh. His grandson Zayan Chowdhury remains missing after the ill-fated terror blast.

One of the grandsons of Sheikh Fazlul Karim Selim, who is a cousin of Prime Minister Sheikh Hasina and a member of the Bangladesh Parliament, was among those that were killed in the blasts. His name was Zayan Chowdhury. His father Mashiul Haque Chowdhury, who is the son-in-law of lawmaker Sheikh Selim, was among the injured. Mashiul was admitted to a local hosptial.

© REUTERS / Dinuka Liyanawatte
New Blast Reportedly Hits Colombo Church While Officials Were Trying to Defuse It (PHOTOS)
Meanwhile another relative of Sheikh Hasina, British Member of Parliament Tulip Siddiq, also confirmed on Monday that she had lost a relative in the blasts in Sri Lanka on Sunday. Tulip did not reveal the identity of the relative. She is the niece of Prime Minister Sheikh Hasina.

​Sheikh Selim's daughter, son-in-law, and grandsons were staying at the hotel in Colombo where one of the bombs exploded. The family was there on a holiday.