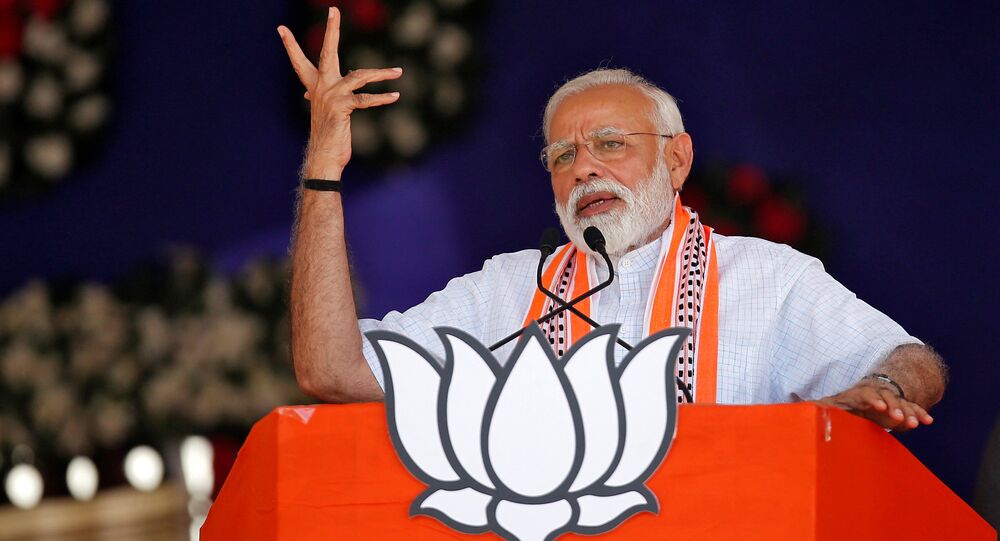 The air forces of India and Pakistan engaged in a dogfight on 27 February that led to conflicting reports from the two sides about the loss of one or two Indian jets and one Pakistani F-16. Pakistan captured an IAF pilot, but later released him as "a peace gesture".

Indian Prime Minister Narendra Modi revealed during a rally in the city of Patan on 21 April that he had pressured Pakistan to release Indian Air Force pilot Abhinandan Varthaman amid tensions between the neighbouring states at the end of February.

"We conducted a press conference and warned Pakistan that if anything happened to our pilot, you will keep telling the world that Modi did this to you", he said.

At the same time, Modi refused to comment on New Delhi's reported preparations to strike Pakistan with missiles if the Kashmir border conflict were to escalate.

"A senior American official said on the second day that Modi has kept ready 12 missiles and might attack and the situation will deteriorate. Pakistan announced to return the pilot on the second day, else it was going to be a 'qatal ki raat [a night of slaughter]. This was said by America, I have nothing to say about this now, I will speak about it when the time comes", the Indian prime minister said.

Pakistan and India were on the verge of resorting to open warfare after the Pakistan Air Force downed at least one Indian jet flying over its territory and captured its pilot on 27 February. The pilot was later released on 1 March as "a peace gesture" by Islamabad.

The incident was preceded by IAF airstrikes on Pakistani territory, targeting alleged terrorist camps of Jaish-e-Mohammed (JeM). Pakistan denies the existence of the camps and claims the airstrike hit an empty hillside.